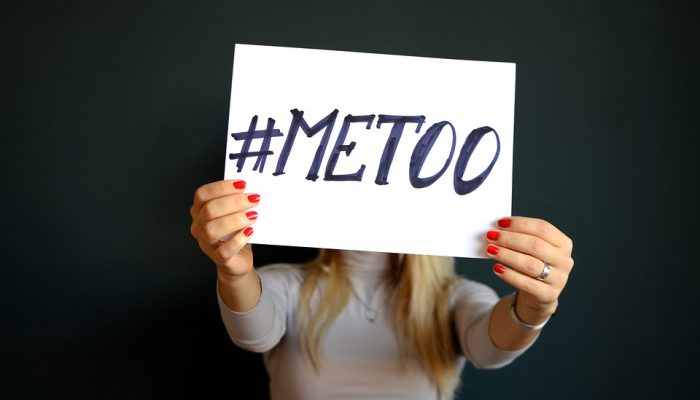 The most notable celebrity in this social media craze has been Alyssa Milano who revived the hashtag with the goal of spreading awareness around the issue of sexual assault and to connect and empower survivors of sexual trauma. After Milano’s initial tweet on October 15, which kickstarted the viral movement, she was retweeted over 17,000 times in 24 hours. As of November 5 when this article was written, Milano’s tweet has been retweeted over 25,000 times and generated over 53,000 favorites.

For those unaware of the origin of the movement, it’s relevance goes back much further than the Alyssa Milano revival. Earlier in the year there were multiple social media movements that aimed to spread awareness and start conversations about gender equality and sexual harassment. Although there were dozens of these movements active on social media, the most popular ones were three movements called #YesAllWomen, #EverydaySexism and the most popular to this day #MeToo. The other two movements were generated from events happening during New Year’s celebrations in India.

The movement was created back in the year 2007 by Tarana Burke, a black female activist, with the intention to let young black women know that they are not alone. By creating a community around victims of rape culture, activists like Milano, Burke, and high-profile celebrities like Jennifer Lawrence, America Ferrera, Lady Gaga, Evan Rachel Wood, Gabrielle Union, Monica Lewinsky, Reese Witherspoon and more have posted tweets with #MeToo to create union among survivors of sexual abuse.

As mentioned earlier in the article, #MeToo was revived by celebrity Alyssa Milano after the uproar of the sexual assault scandal from Hollywood film executive, Harvey Weinstein was accused of sexually assaulting at least 60 women going back as far as the 80s with women as young as one third of his age. Weinstein is a Hollywood mogul Weinstein also has five children. Reports from Hollywood and around the interview indicated that incidents of Weinstein sexually harassing his female employees dates back to over 20 years ago. Another report from the NY Times said that Weinstein had been paying off his victims to keep quiet about their assaults in order to keep his career afloat. Weinstein is currently in the middle of settling $5 million worth of lawsuit charges against him and is being investigated by the LAPD and the NYPD for rape charges. Victims who have come forward about Harvey Weinstein include; Gweneth Paltrow, Angelina Jolie, Paz de la Huerta, Cara Delevigne and Ashley Judd. The list goes on.

Unfortunately, the rape culture isn’t going to be abolished overnight. However, there are effective methods and movements that aim to create a bigger dent in the culture which objectifies, harasses, and violates people all over the country. There are movements like #MeToo which is a quick method of identifying as a victim of sexual harassment to create a community around the victims of sexual harassment. RAINN, The Rape, Abuse and Incest National Network. Merrimack College also has the Green Dot which is a preemptive strike against sexual assault by establishing the slogan “If you see something, say something”