Home > News > The Paths We Take

The Paths We Take 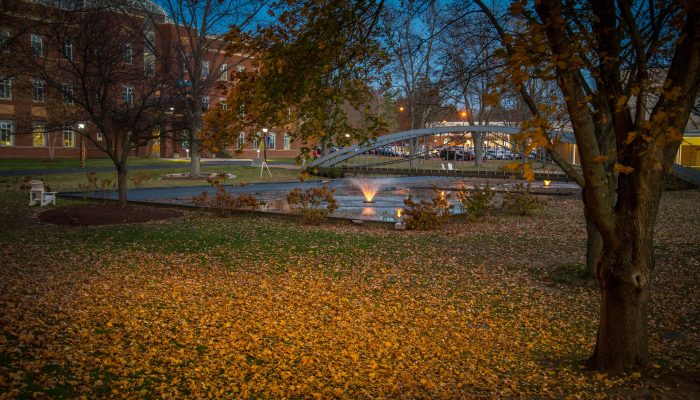 Time brings change. This has been on the mind of Merrimack seniors as graduation grows nearer and nearer. Each one had unique experiences, but are certain that those experiences made them who they are today. Samuel Royston, thinks so, too. “When I came to Merrimack, I was a little weirdo who put a speaker on his backpack and went to class blasting my music for everyone to hear. Now I’m a big weirdo who stands for hours outside in the cold talking about space.”

Royston aspires to be a communicator for scientific outreach. He hopes to use his communication skills to effectively relay what scientists can’t, because their communications skills are weak. Royston has always had a fascination with science and has a particular interest in space. When asked if Merrimack made him that “big weirdo,” Royston laughed and answered in full. He feels as though he has learned much, like how to present himself to others.

Royston credits Merrimack to helping him show who he is to other in a way that “works.” Royston has been actively involved on campus for the majority of his Merrimack career and he feels that these experiences have helped him grow to be a strong and presentable communicator. “And it (work experience) paid off, because as of Friday I’m working at MIT via the Provost.”

Senior Lauren Higgins didn’t waste time becoming involved on campus. “I’m vice president of the Student Government Association. I was an orientation leader for three years. I’m on the gymnastics team and was briefly a RA for three months.” Even though Higgins has done so much at school (not to mention nearly completing a triple major), Higgins is still contemplating on a career path. “I’m still trying to figure out what I’m going to do.”

Senior Bill Eldredge, made the point that it is hard to know what you want to be as a freshman. Many people don’t have any idea what career they would like or what they will study. “I was a finance major, but I then switched to accounting. But then I switched back to finance.” When Eldredge finishes school, he would like to be a certified public accountant.

Eldredge, also reflected on his growth from being a freshman to a senior. “I’ve become a more rounded person.” Eldredge remarked that he felt the difficult tasks he faced in college have made him a stronger student. He mentioned the “mental” and “social” aspects of his growth.

“Mentally (I) took on harder tasks and even going to a different country where the primary language was Italian for four months.” When talking about the “social” aspect, Eldredge talked about meeting new people. “Socially, I made new friends and got out of my comfort zone. I met new people I would have never expected to become my friends.”