Top 5 Sports Stories of the Year 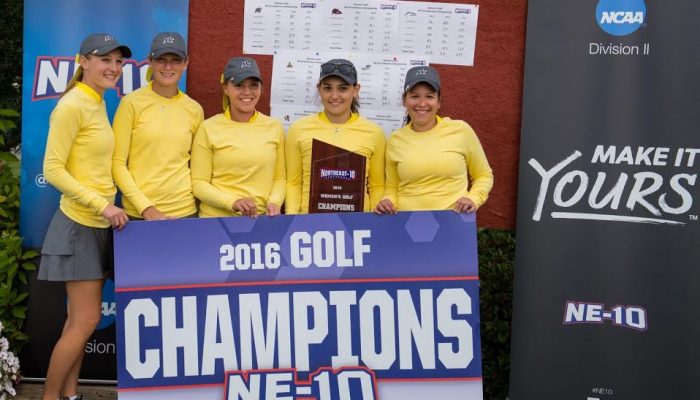 Senior captain Carly Muscaro competed in the 2017 NCAA Indoor Championships this past March in Birmingham, Alabama. Muscaro defended her national title from the previous year in the 400m with the fastest time in Division two history. This Ashland, Massachusetts native didn’t stop there, she then won her first-ever title in the 200m.

Muscaro added two individual national titles from this past indoor season and now currently holds four national titles. Three of the titles are in the 400m and one in the 200m. This senior is currently in her last outdoor track season.

The Merrimack College men’s lacrosse team recently defeated the number one Limestone Saints this past Sunday. The 18-13 victory put the Warriors in first place for the first time in program history. Merrimack had been ranked as high as the second seed and no lower than the sixth seed any point throughout this season. The team was ranked third nationally heading into last week.

This past February the Merrimack College women’s ice hockey team clinched a Hockey East Playoff spot for the first time in program history. The team was competing in its second season of Division one hockey. The Warriors faced the top-seeded Boston College in a best-of-three series, which resulted in a 0-2 series loss for the Warriors.

The Merrimack College women’s golf team won a third straight NE10 title this past September on the Bretwood Golf Course in Keene, New Hampshire. The Warriors had built a 13-storke lead in the tournament’s opening round, securing another title. Junior Alessandra Ricigliano was the team’s top finisher in the tournament.

This past winter the Merrimack College men’s basketball team made it into the first round of the NCAA tournament. The Warriors were ranked eighth going into the tournament and played number one Le Moyne in Syracuse, New York. First year head coach, Joe Gallo, and the Warriors took everyone by surprise when coming out on top against Le Moyne and winning 72-68 in overtime. The team advanced to the semifinals, where Saint Thomas Aquinas awaited them. The Warriors put up a good fight but in the end was defeated 73-70.