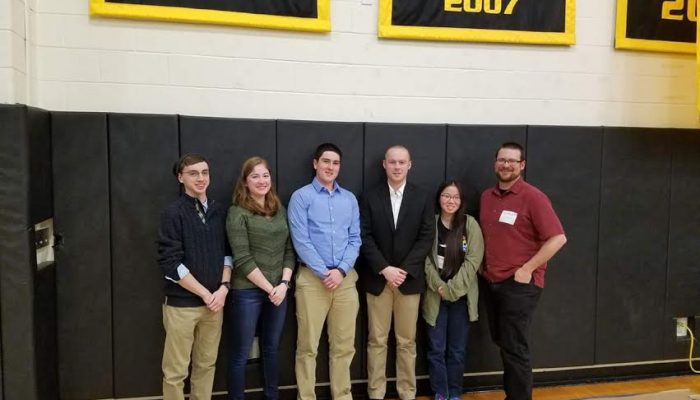 On the weekend of April 7, Joanna Gormley, Emma Theberge and Patrick Langille competed in the Consortium for Computing Sciences in Colleges-Northeastern Region (CCSCNE) competition. For this year’s conference, The College of Saint Rose in Albany, New York was the host. There were over 30 colleges who attended this year’s conference.

Each college is allowed to bring three team members to compete. The competition is made up of a series of programming problems to solve. Some of the problems include “read in a text file of bowling frames and calculate the score” or “find the longest palindrome sequence of characters in this pile of text.” Each team is given six of these types of problems and are only allowed three hours to write programs that will solve these problems. The ultimate goal is to finish the most problems in the shortest amount of time.

Merrimack’s students were close to coming in second place. Their overall goal was to improve from last year’s competition and they did just that.