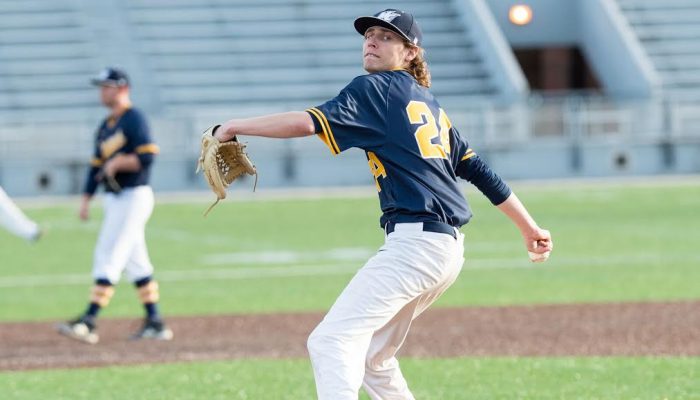 On Feb. 24, the Merrimack College baseball team will kick off their Spring 2017 season in Myrtle Beach, South Carolina.

“I think we have the potential to have a very good weekend,” said Kulaga. “I have a lot of confidence in this team. All the pieces are there but you can’t really know till we put it all together on the field.”

The Warriors will also be putting their skills to the test in the Palm Beach Classic beginning on March 14, along with a few other games that will be played down in Florida as well. Be sure to catch their first home game of the season at the Warrior Baseball Diamond on March 21 vs. American International.

This past week, the Merrimack College softball team took on the Snowbird Freeze Out Tournament in Myrtle Beach, SC, and took five out of the six games. During the first game of the day, junior Megan Cook tossed a one-hit shutout and the Warriors were able to get the win.

“For our first games being down in Myrtle Beach, I thought we did really well,” said senior Kaleigh Finnigan. “We have been working really hard at practices at Merrimack and I think it showed during game time.”

The team will also be heading to the Dot Richardson Spring Games in Clermont, Florida beginning on March 11.  Be sure to cheer on the ladies at the Warriors’ softball diamond on March 28 vs. Stonehill.