Home > News > The Superheroes of Love Your Melon

The Superheroes of Love Your Melon 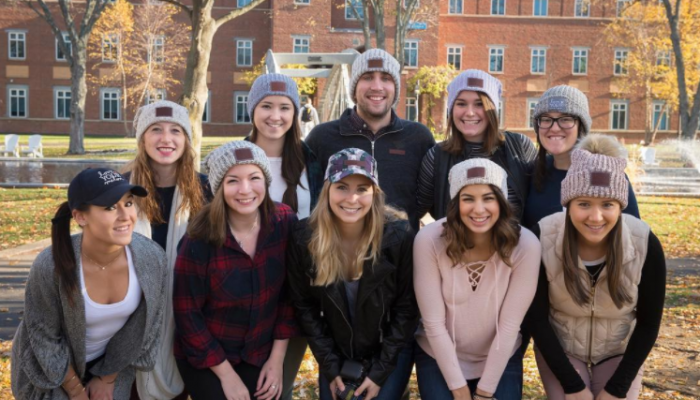 LYM is an organization that was founded by two college students in 2012. Today, it has grown into a worldwide phenomenon that creates an impact and makes a difference for the brave children who have to battle cancer everyday.

This year, Merrimack’s very own LYM campus crew is sponsoring one special superhero and their family to come on campus for a day of festivities with their members.

Merrimack’s campus crew recently visited Franciscan Children’s Hospital in Brighton where they donated hats to 30 to 40 kids who mostly needed long-term care and medical rehab. Along with donations, members spent time with the patients as well.

“It is such a blessing to be able to bring some cheer to these kids who were really dealt such a poor hand in life,” said Thomas Drover, public relations specialist of the campus crew.

Other members like Francie Grasso looked at this experience and organization as a look into her future. She has allowed it to change her future career path, which is now to become a child life specialist.

Members like Grasso are excited to see the happiness LYM has brought to many. “As of the beginning of this year, LYM has donated $2.5 million and over 90,000 hats to kids all over the country.”

Those interested in joining or learning more about Merrimack’s campus crew can contact Thomas Drover at drovert@merrimack.edu