Students Told Not To Worry About Recent Guns On Campus 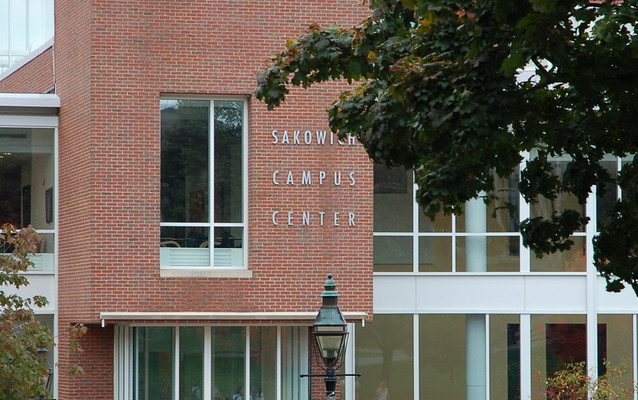 Police recently chased down three late-night party-goers who refused to show their IDs and took off.  When caught, one of the people was in possession of a firearm, officials said.

These three men were not Merrimack students and the college wants to assure students that this is a safe campus.

“People need to understand we invest a lot of energy in making sure this is a safe campus. We are constantly adding and changing and evolving the programs,” said Merrimack’s Executive Vice President James Doggett. “In this case, someone we don’t want on campus came on and the police officer addressed it routinely in the protocol that is expected.”

The incident occurred on the last Friday night in January and students were told to clear the apartment complex on campus after the arrest of three male visitors. Students were told that, due to specific safety precautions, they were to return to their dorm rooms until further notice.

The initial interaction between the campus police and the three individuals started when officers spotted one male holding an open container. Police began following routine protocol by asking each person for an I.D and validation of being registered on campus. Upon this request, two males ran away while the other tried to hide in a close by apartment. Eventually, each person was detained and shepherded out for further inspection.

Because the arrest occurred in such a public setting at a time in which many students are actively walking around, there were several who witnessed the situation unfold. Senior Brianna Columbus was one of the students who was passing by at the time of the arrest.

Columbus said that she saw “two males wrestling around and yelling and there were at least two to three cops handling each individual.”

When Columbus and her roommates had eventually made their way to their friends’ dorm room, the party was shut down within an hour’s time.

For many students like Columbus, the ability to carry a concealed weapon on a college campus appears to be all too easy.

“It’s scary to think that I could be walking past a person and they have a gun tucked away in their waistband,” she said. “It’s an unsettling feeling.”

“A lot of schools don’t do some of the things that we do. We run a pretty aggressive community policing program and that’s because we want to be very vigilant,” Doggett said.

Many students, however, had expected at least an e-mail from campus administration further detailing the incident that had occurred, yet were left with empty email inboxes.

“If any student in anyway was in danger we would have notified people — 100 percent,” said Doggett. “Take, for example, the clown hoax that was only a tweet. We didn’t even have solidified evidence, yet we shut down a whole building. In this particular case, we already apprehended the person so we had the person, the friend, and they were already in custody so we knew there was no safety concern.”

To ensure an even safer campus, Merrimack administration recently hired Ed Davis, who was the commissioner of the Boston police force during the Boston Marathon bombing. Davis will help go through various protocols to ensure the continuance and progression of campus safety.