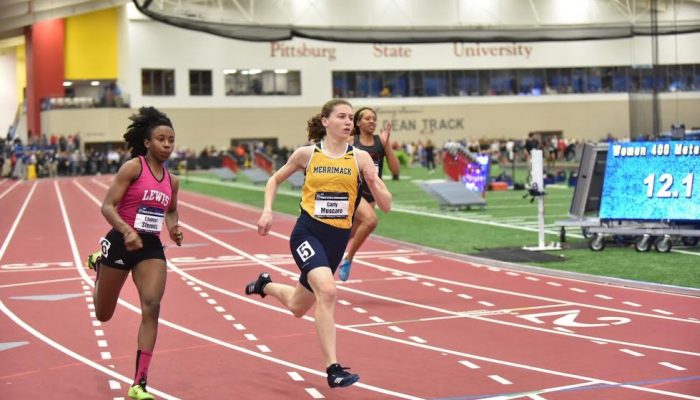 Senior Carly Muscaro, a native of Ashland, Mass. was recently announced Track Athlete of the Week for the third time in a row. Muscaro posted the best time in the nation in an individual event also for the third time this season.

Reflecting back on how her track career started, Muscaro said, “Track was allowed for seventh and eighth graders to participate in when I was in middle school, so I began in seventh grade. I decided to run track because I knew I was a fast runner and I was currently playing soccer and had been mostly my whole life. I always thought I was going to play soccer in college.”

Making the move to track instead of soccer was the right move for Muscaro. Muscaro has already won two national championships.

“After receiving my first title last March for indoor track, it didn’t feel real because it had been a dream that I had been reaching for most of my life. The second title was given to me for outdoor track. It wasn’t as big of a surprise as the first one was, but it still felt good to receive it.”

Muscaro has already had a brilliant indoor season showing signs that she is destined to repeat, snagging the 500m Division II collegiate record with a time 1:09:05. She also ran the second fastest time for the 400m Division II race this winter.

The Warriors and Muscaro head into the the NE-10 Championships in Roxbury where they will look to claim a title as well as qualify for regionals.