“Dancing with the Stars” Merrimack Edition 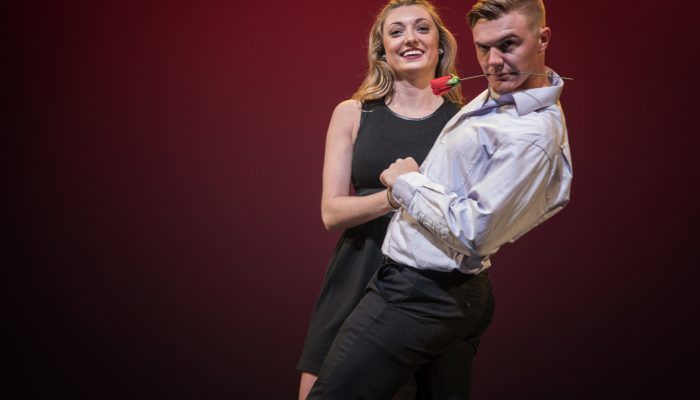 On Tuesday, Nov. 1 the Merrimack College Dance Team held their annual “Dancing With The Stars” fundraiser performance in preparation for their competitive season.

The annual show puts a fun twist on the team’s usual performance fundraisers. Each member of MCDT has the opportunity to choose a partner who is not associated with the team and personally choreographs a dance to perform at the show. The goal of the fundraiser is to raise money for the team’s biggest competition of the year, the NCA & NDA Collegiate Cheer and Dance Championship held in Daytona Beach, Florida.

“This is one of our biggest fundraisers of the year,” said Porzio. “We have a great group of guys dancing with us who were very excited for the show.”

Team member Talia Leppo alongside partner Mike Babcock danced the disco to the popular 70’s hit “Get Down Tonight.”

“It’s fun to watch all the different styles of dance incorporated into the show. My favorite part is watching the top three boys freestyle dance at the end,” said Leppo.