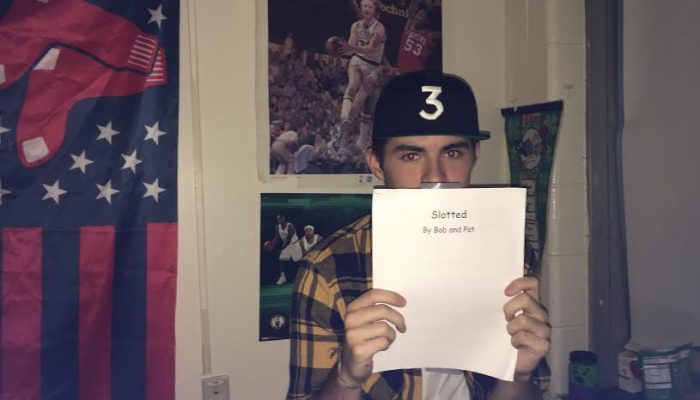 As crazy as this may sound, this is the main prize for winning the “NESN Next Producer” Film Contest, along with a job opportunity with NESN.

“NESN Next Producer” is a television show produced by NESN going into its second season this year. The show has college students produce and edit a 4 ½ -minute short sports film. After submission, the top 10 are chosen and aired during episodes of the show along with a background story of the producers. This show gives aspiring college filmmakers the opportunity to get their name out in the real world in front of established people in the film industry.

The show also gives the finalists an opportunity to be judged by accomplished people in the film and television industry. The Season One judges were Boston Red Sox Chairman and 24-time Emmy winner Tom Werner, as well as the co-creator of “Glee” and “American Horror Story” Brad Falchuk.

In September, Scott Masterson, a producer of the show, visited Merrimack’s film club to speak about the contest and to recruit students. This meeting was the first exposure Merrimack students had to the contest and a few have chosen to enter.

“This showed that the film club has some legitimacy and is trying to get some things done on campus,” said Jake Turner, chair and associate professor of Communication. “There is a larger external film festival that will be coming to campus in the spring so that’s a difference maker.”

“It’s a huge resume builder. It’s a huge opportunity for you guys to be first- or second-year students at Merrimack and already on NESN,” said Turner. “There’s no easy way to get into the media and a competition is as good as any other way.”

“NESN Next Producer” is the first of a few short film contests Merrimack students can participate in this year. The next short film contest will encourage students to produce their own films that will be broadcasted at the Rogers Center in early December. The last one will be an outside contest in which a large company will be coming to Merrimack and providing equipment to students to produce a short film in a few days. The winner will move on to regionals and so on, all the way up to the national competition.