Home > News > Kicked To The Curb

Kicked To The Curb 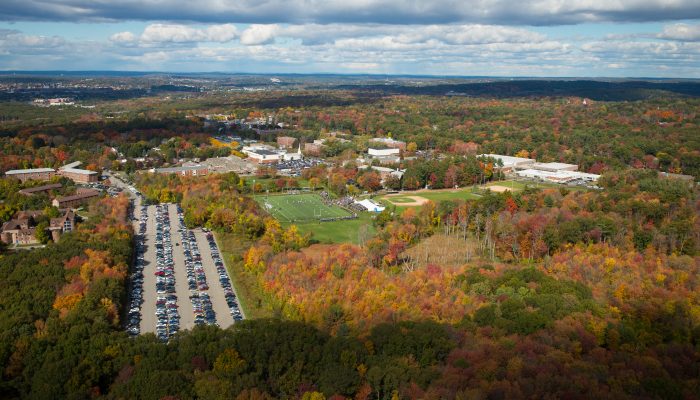 This year’s freshmen class is the biggest Merrimack College has ever seen, 1,009 freshmen to be exact, according to Associate Vice President for Admission Darren Conine.

To accommodate Merrimack’s student population who are commuters, Merrimack recently changed parking lot J from a residence parking lot to a commuter parking lot, taking away 160 on campus parking spaces for residents.

An off campus parking lot at the East Mills Complex in North Andover has been established to help give more residents a place to park. This new parking area allows 300 Merrimack residents to bring their cars to school free of charge and expands resident parking with 140 more spots.

In addition to increased parking spots, this space also caters to those students who are unable to pay $600 per year for on-campus parking.

When asked about the cost to park on campus, spokesman James Chiavelli stated, “Parking is free unless you want premium parking.”

According to Chiavelli, the $200 increase to park in parking lot J was an incentive for students to want to park their cars off campus.

This affordable solution, however, has caused concern for students about safety, shuttle schedule accuracy, and reliable access to their own vehicles.

A student who parks at East Mills, Hannah Mackillop, stated her concern.

“I’m also concerned about getting back to the lot later than 12 and not being able to get back to campus. My schedule doesn’t line up with the shuttle schedule. I’m afraid of waiting around in the lot or being late because of it. What if I miss it by like 2 minutes and then have to wait three hours?”

In response to this worry, Chiavelli expressed his belief in the accuracy of the shuttle system. He explained that officers and administration have taken the shuttle, timed it, and figured out alternative routes in case of possible road delays.

Another student who parks at East Mills, Allison Hart has some suggestions on improving lot accessibility.  “The shuttle should run 24/7, because sometimes I have things where I get back late at night. They should let students sign in their cars on campus a couple times a month, for when you need your car when the shuttle isn’t running.”

“I would have done on-campus in a heartbeat if I had gotten offered, because you need your car for groceries, going home, and doctors appointments. In general it adds more time to people’s trips every time you want to use your car,” stated student Rachael Spinney.

The administration believes that most students do not need their car on campus, thus making it less of a priority. Chiavelli queried, “Does every student need a vehicle? How many students need a car for entertainment? Is more on campus activities the answer? More parking? One option may be better partnerships with closer parking options. We are looking into more options.”

The parking agreement with the East Mills Complex is only for this academic year. If students like it, they will renew the contract for next year. If a majority of students are opposed, administration will look into new creative solutions.The idea of creating a parking garage structure on campus has been brought up in past meetings, which could create triple the amount of on campus parking, however, it is not a financial priority.

According to the MCPD, a job is not a reason for on campus parking, but many students have explained that sometimes a job is necessary for either financial reasons or career advancement opportunities.