Home > Entertainment > What to Watch Next on Netflix: We’re the Strong Ones and You Can’t Break Us

What to Watch Next on Netflix: We’re the Strong Ones and You Can’t Break Us 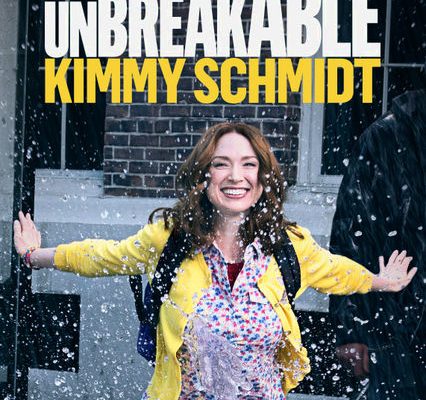 “I survived, because that’s what women do. We eat a bag of dirt, pass it in a kiddie pool, and move on!”—Kimmy

Kimmy Schmidt didn’t know what to expect from the world after she was rescued from the bunker she’d spent fifteen years in. She and her three bunkmates had been convinced by the Reverend Richard Wayne Gary Wayne (Jon Hamm) that the world had ended, but in actuality the world had spun on without them. After their release, Kimmy (Ellie Kemper) decides not to go back to her home in Indiana, and instead moves in with aspiring actor, Titus Andromedon (Tituss Burgess) and the eccentric landlady, Lillian Kaushtupper (Carol Kane) and tries to start her life over in Manhattan. She gets a job with the affluent Jacqueline Voorhees (Jane Krakowski) and helps her through her divorce, enrolls in a GED class, and tries to find love. Kimmy, though totally clueless about most things, has a heart of gold. She learns to embrace the new world, choosing to keep her head up even when nothing is going right. Not only is The Unbreakable Kimmy Schmidt absolutely hysterical, it is also full of hope and optimism. Life begins when the world doesn’t end.

Fun Fact: Names are often used for humor throughout the show. The names of both Titus and his acting rival are taken from Shakespeare; Jacqueline’s last name is also that of Jason from Friday the 13th; Jacqueline’s stepdaughter, Xanthippe Lannister Voorhees, shares that last name, as well as a middle name from Game of Thrones. Xanthippe is also the name of philosopher Socrates’ wife. Many of the names that are made up by characters have double meanings as well.