McDonald to be SGA President 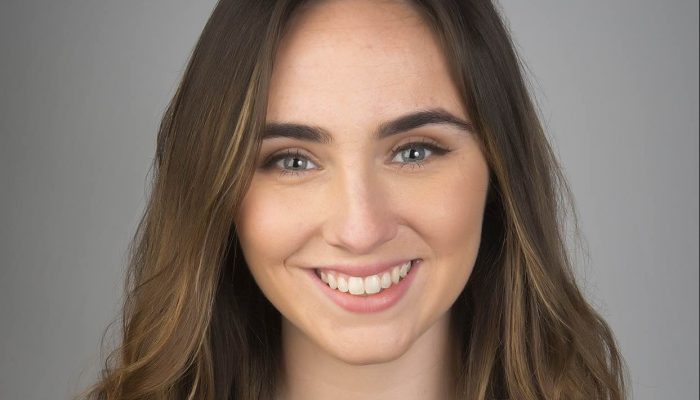 Results are in and it is Brenna McDonald for the win! On April 19th SGA announced election results, revealing that rising senior Brenna McDonald will serve as the new President of the Student Government Association for the upcoming 2016-2017 school year. Current SGA President Anthony Preston informed the Merrimack Community that 30% of students participated in this year’s election making it one of the largest voter turnout rates in recent school history.

McDonald, a Watertown, Massachusetts native seems to be a familiar face on campus given her heavy involvement with school activities. Aside from being a Communication major and double minor in Marketing and Management, Brenna is also an Orientation Coordinator, FYE Mentor, Mackapella singer and Dance Club member, all while still working in the Office of Student Engagement. With a list like that, one might wonder where she can find the time to be President, but being involved is nothing new for Brenna. In fact, Brenna was actually the President of her senior class in high school as well. It was during her time there that she learned the value of consistency and organization which she hopes to convey in her upcoming presidency.

Despite popular belief, running for SGA president was not always in the cards for McDonald. Last year she had declined nomination because she felt that other rising seniors had more experience that made them more qualified for the position. “I wanted more room to grow,” she said. It was not until a conversation with current SGA members that Brenna made her decision. “I was on the fence about running, but the more I spoke about it, the more it made me realize how much I care and how much I wanted this position.” It was then that she said, “Okay, I’m ready to do this.”

When asked about the biggest areas of improvement she hopes to make serving as President, McDonald stressed the importance of “communication.”

“I want to make sure students know we are an outlet for them to talk about their concerns. SGA is something people can look to when they want to get stuff done. We hear them and then administration hears us,” said McDonald.

Above all she hopes to spread awareness about the Student Government Association as a whole such as familiarity of members, association duties, location of information, etc. “I want students to know the faces of the people” McDonald said while speaking of other SGA members “there’s people in those positions for a reason, they’re all a great resource.”

In one word Brenna McDonald describes herself as ambitious. “I put a lot on my plate but I put my head and heart into each thing.” She is ambitious for not only what she wants to accomplish but for what the student body wants as well.