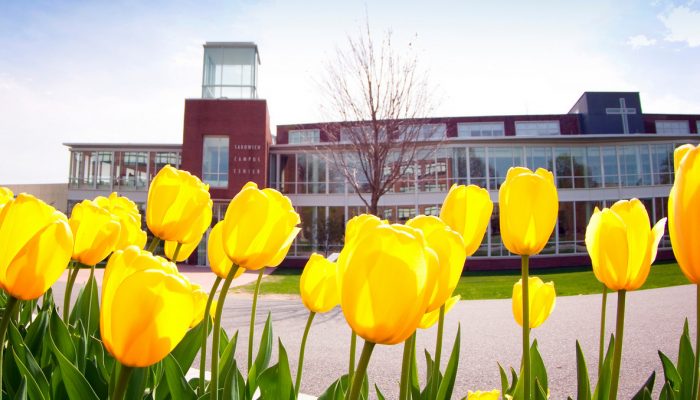 Governor Charlie Baker took office in January 2015 and has worked diligently to continue to make Massachusetts a great place to reside. He has gained support from a variety of political parties and has Republicans, Democrats and Independents leading his cabinet. Graduating senior Brianna Decina is excited about the school’s choice for this year’s Undergraduate Commencement speaker, “I’m very excited to hear what the Governor has to say. I think he has implemented some great policies regarding the opioid crisis and has strengthened the Boston schools.”

Along with Governor Charlie Baker, Senior Anthony Preston will be addressing the graduating class. Anthony is very involved on campus, serving as President of Student Government, Resident Advisor, Austin Scholar, and a member of Students Today Warriors Forever. Anthony was nominated for this opportunity and after auditioning, got offered the position. He was fortunate enough to attend last year’s graduation and watch Chloe Rothman give such an incredible speech and notes that he has “big shoes to fill after last year’s performance.” Anthony is honored to be addressing the graduating class at this year’s event but admits it is still surreal feeling,“You as a person come full circle from how you were freshmen year and being able to address the entire Merrimack College community regarding our time here is an honor.”

Addressing the Merrimack community at the Graduate Commencement ceremony is Barbara Pierce Bush, daughter of the United States’ 43rd President George W. Bush. Barbara Bush is CEO and co-founder of Global Health Corps, an organization that mobilizes a global community of young leaders to build the movement for health equity. Bush’s work has been very meaningful and impactful as she was named one of Glamour magazine’s Women of the Year in 2011, one of Newsweek’s Women of Impact in 2013, and one of Fast Company’s Most Creative People in 2015. Barbara Pierce Bush will be addressing the Merrimack Community on Friday, May 21 2016.