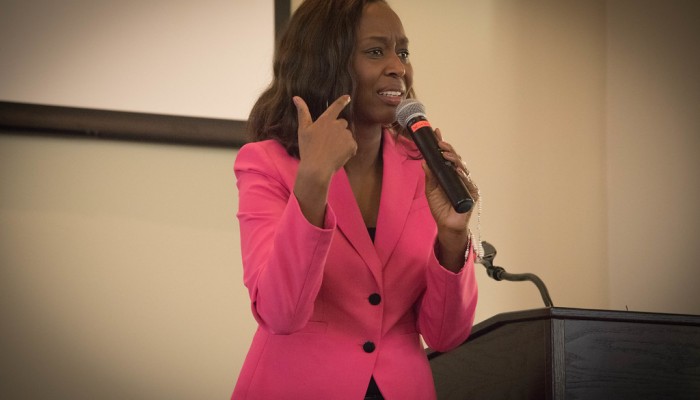 Ilibagiza was a college student visiting home for break when the Rwandan genocide broke out on April 7, 1994, after the death of the country’s president. Being the only daughter in the family, she was sent away to hide from the Hutus, as her three brothers, mother, and father wanted her to find safety.

Ilibagiza found that safety in a tiny bathroom with several other women, a tiny bathroom that would house her and the other women for ninety-one days. By the grace of God, she expressed that she made it out of the horrendous situation alive. Every single day, she prayed from the time she woke up until the time she fell asleep to keep busy and to remind herself that God is real and He is with her.

Three months after she found herself stuffed in the bathroom where she sat and watched as her body withered away from one-hundred-and-fifteen pounds to a mere sixty-one, Ilibagiza was told that the war was over and it was safe to leave. Upon leaving, she discovered that all of her family, friends, and neighbors had been killed; she had no one left.

“I thought that hearing Immaculée’s story was very powerful. Her journey to understanding love and forgiveness definitely put things into perspective. Her faith is so moving,” expressed senior Social Justice major Annie McDonnell.

Sophomore Andria Auger added, “I’m so grateful that I got to meet someone like Immaculée and hear her incredible story. The Rwandan genocide is something I don’t think a lot of college aged kids or Merrimack students know about; I certainly didn’t.”

Living through the Rwandan genocide and telling the tale demonstrates the true strength that Ilibagiza found within herself during her darkest days. She has written several books expressing this strength and the faith that helped her keep it when she thought her world was over. Ilibagiza now supports Rwandan orphans and spreads her love, courage, and gratuity to everyone who crosses her path.