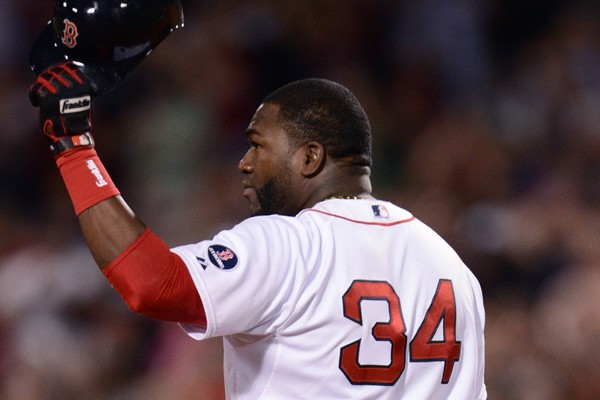 David Ortiz has been the face of the Red Sox now for over a decade, as the slugger that does what is needed in the moment it’s needed. As the 40-year-old designated hitter enters his final season in the red and white, with the Boston B on the center of his cap, we must remember and appreciate what Big Papi has done for the sport of baseball, as well as the city of Boston.

When I think of the word clutch, David Ortiz has to be an athlete that comes to mind. His homers were a monumental part of the Red Sox legendary 3-0 series comeback against the Yankees back in 2004. Again winning the World Series with the Sox in 2007, he was stellar all the way through. The 2013 season is the season he may have stood the tallest.

Not only did he hit a game-tying grand slam against the Tigers to help them advance to the series in which he would win a third ring, but brought the city together amongst one of its darkest days. Of course, none of us can forget the devastating bombings that hit Boylston Street on Marathon Monday, 2013, that would end up killing three, and injuring many more, some to no repair. Boston being the sports city it is, we all looked to our hometown athletes in this time of despair. The Bruins fans gave a great unified effort in the national anthem before their first game, and the Celtics too payed respects to the casualties and the suffering. The fact is we were all suffering, and while these gestures were nice, one athlete stepped up and said it like it is.

On live TV, Ortiz was asked to speak on behalf of the team, to the broken and aching hearts of Bostonians everywhere. David made sure we were reminded whose city it was, even swearing on live TV to get his point across. I can’t think of a better time for him to go off script and use expletives to proclaim the city as ours after the malicious attacks. Not only did he represent a city in pain with how he spoke, but also how he played. He picked up the team and the city and threw them on his back. The band of beards took the league by storm, and did it with great emotion.

It is clear, this friendly giant, with his signature grin stretching from ear to ear will be sorely missed by Red Sox Nation. It remains to be seen how much Ortiz has left to give for this upcoming season, but if last season is any indication, he will still look like the ball player that put the role of designated hitter on the map. His jokes and antics, and of course as I mentioned his clutchness are now commonplace around the beloved Fenway park.

I have always expected to see Papi right in the middle of that lineup, at the 3 or 4 spot. Whether it was Manny Ramirez, Dustin Pedroia, or more recent guys like Hanley Ramirez and Pablo Sandoval, he makes everyone around him better. Teams’ pitchers have feared Boston over the past decade and then some, why? Because you know you have to face Ortiz at least three times. Right when you think he can’t possibly save the day again, he does just that. He does what you are dreaming in your head the moment before. That perfect outcome is usually what he is accustomed to delivering. As a player, but probably more as a person, as an icon of Boston, he will be missed monumentally. There is only one Red Sox that is the common denominator in the three championships, and that’s no coincidence at all.