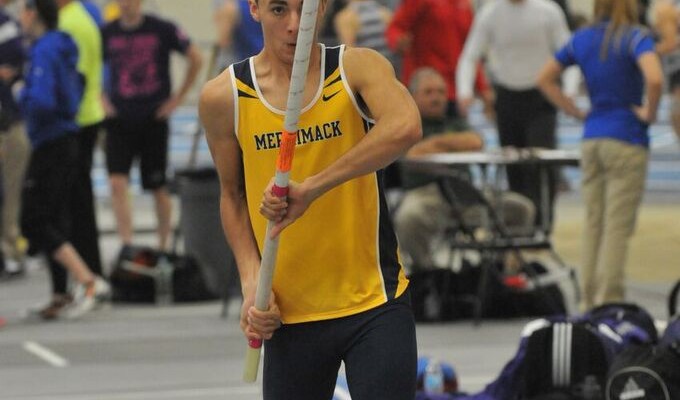 The Merrimack men’s and women’s track and field season has been one for the history books. For the first time in the program’s history they will be sending six athletes to the NCAA Indoor Championships in Pittsburg, Kansas from March 11th-12th.

Junior John Braga will compete in the heptathlon as the program’s first ever male selection and ranks fifth in all of the seven events (60m, long jump, shot put, high jump, 60m hurddles, pole vault, and 1000m) included in the heptathlon. He broke his personal record with a score of 5,307 in New England’s that placed him second in the competition. 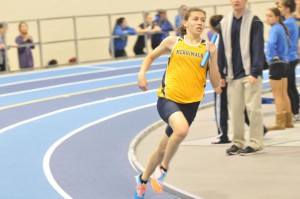 As for the women’s team Carly Muscaro has earned her third bid in a row that includes the first ever for the 4×400 meter relay. Muscaro will also take part in the 400m preliminary race and a possible championship appearance later on in the weekend. After her second place finish just a year ago, Muscaro, will be looking to clinch her first national championship title in the 400m.

Muscaro will also be competing in the 4x400m with junior Olivia Downey, junior Kiana Weary, freshman Mariessa Ricciardi, and Michaela Pernall. This group had a season of a lifetime breaking the school record in this race twice. They finished third at New England’s with a time of 3:44.89. heading into the National Championships they are ranked fifth in the event.

The Warriors will look to bring home a National Title in the events they are competing in and try to continue their historic season in Pittsburg, Kansas.