Home > Opinion > A Letter to Peyton: Smarten Up and Hang Them Up

A Letter to Peyton: Smarten Up and Hang Them Up 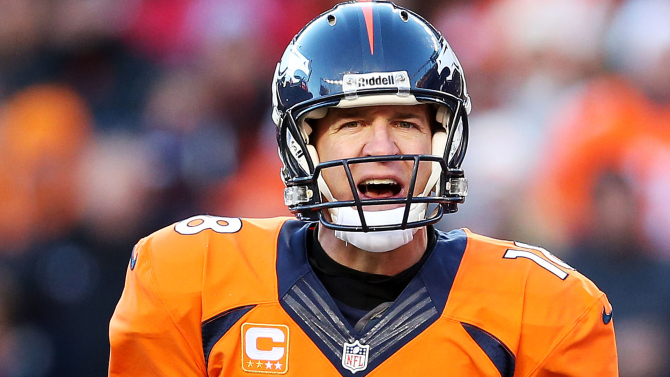 Peyton, please for the love of God retire.

Peyton is the all-time leader in career touchdown passes and passing yards. He has been the NFL MVP five times. Manning has been named to 14 Pro Bowls, and 7 of those seasons he was first team all pro. He has now won the Super Bowl twice, once winning as MVP.

This past fall and winter became a perfectly scripted ending to his career. Peyton Manning went from zero to hero after being benched. The best defense in the NFL opened the door toward his second Super Bowl win. The perfect opportunity to retire, enjoy the rest of life as an NFL legend.

However, it is now March and Adam Shefter has reported Peyton Manning “would like to keep playing”.

Instead of riding off into the sunset like Jared Allen, Peyton Manning would rather be pummeled into the ground for a few more years like Brett Favre. Favre was never afforded the Hollywood ending that Peyton acquired this past season. Favre was chasing exactly the type of ending to his career Peyton received but that never materialized. Brett would have killed to be in Peyton’s shoes right now.

Consider the amount of concussion related issues and CTE that is present in football players. Consider the fact Manning has had multiple spinal surgeries in the past few years. Also, it’s important to note that Favre is already encountering memory loss after the amount of head trauma he endured in his extended career.

So Peyton, retire on this high note. There is nothing left to prove. You have done it all. For the sake of your own health and family go out on top. It can only go downhill from here.