Home > Opinion > What Should You Watch Next On Netflix?

What Should You Watch Next On Netflix? 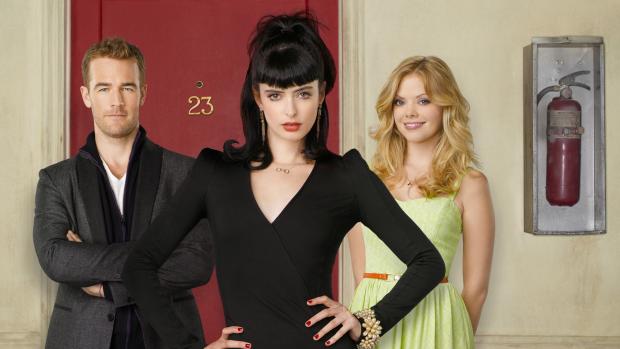 “Ugh. June, if I had time to worry about every person who admired, imitated, or stalked me, I wouldn’t have time to be my fabulous self.”—Chloe

Have you ever wanted to watch a show that was the equivalent of a Netflix palette cleanser? After binge-watching dark and gritty crime dramas, apocalypse movies, and reality TV, don’t you just want to watch something mindless, something that’ll make you laugh? Then you need to start binge-watching Don’t Trust The B— In Apartment 23.

June Colburn had an ideal life plan: she was going to move to New York City from Indiana, land her dream job on Wall Street, live in an amazing apartment, and work her way up the corporate ladder until her fiancée arrived. All of that quickly falls apart as soon as she arrives; the company she was supposed to work at went bankrupt and her apartment building becomes condemned. She begins searching for a roommate and quickly moves into apartment 23 with Chloe, who seems like she’s poised to become June’s best friend; she’s charming, sweet, and shares many of June’s interests. However, June gets the rug pulled out from under her again when she finds out Chloe is actually a alcoholic party girl with reprehensible morals. Living with Chloe is June’s personal nightmare at first. As time goes on, however, the two actually become close friends.

Don’t Trust The B is essentially a modern day Odd Couple: June (Dreama Walker) frequently attempts to make Chloe (Krysten Ritter) into a respectable woman, while Chloe tries to educate June in the ways of day drinking and sleeping around. The fact that these polar opposites even become friends to begin with is funny enough; add in Chloe’s one liners, the ridiculous situations they get into, and the rest of their group of weirdos, which includes June’s coworker Mark, their neighbor Robin who’s obsessed with Chloe, and James Van Der Beek playing himself, which is hysterical (he discusses a possible Dawson’s Creek reunion and has a brief appearance on Dancing With the Stars). It’s light-hearted, entertaining, and the perfect show to binge-watch when you need a quick break from the darker shows.