Home > Entertainment > What Should You Watch Next On Netflix? Smile

What Should You Watch Next On Netflix? Smile 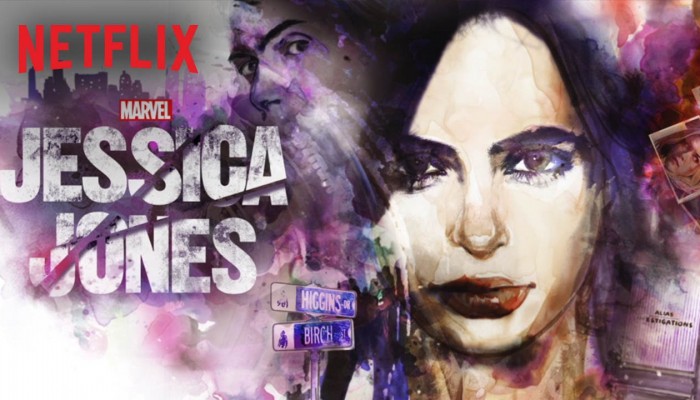 I’m sure this is not the first time you’ve heard about Marvel’s Jessica Jones. Since its debut on November 20, the Netflix original show has garnered a lot of attention. Like the other Marvel series that Netflix released earlier this year, Daredevil, the show is able to go to extra lengths in regards to language and violence, but none of those things overwhelm the show’s plot lines or characters.

Jessica Jones (Krysten Ritter) works as a private eye in Hell’s Kitchen in New York City. Jessica tried being a superhero once, but it didn’t end well. Now, she’s trying to deal with the aftermath of being held hostage by Kilgrave (David Tennant), whose super power is mind control. When he tells you to do something, you do it, and when he asks you a question, you answer honestly. When Mr. and Mrs. Shlottman come to her for help in finding their missing daughter, Hope (Erin Moriarty), Jessica follows the trail until she realizes that Hope’s story is painfully familiar. Hope too has fallen under Kilgrave’s control, and he wants to make sure that Jessica knows that he’s back and coming for her.

One of the best parts about Jessica is that she feels so very real, despite her superhuman strength. She drinks too much, forgets to charge her phone, runs out of toilet paper, and wears the same pair of jeans for days on end. Her PTSD is never trivialized by other characters. She gets frustrated and angry, but when we do see her being loving and caring, it doesn’t feel forced; it feels like a part of her personality that’s buried deep under her trauma. We see her superhero instincts through interactions with Trish Walker, her best friend, Malcolm, her neighbor, and Luke Cage, her one-time boyfriend, and Hope.

Be warned, as this show is not for the faint of heart. Not only are there graphic, violent scenes, but Kilgrave is one of the scariest Marvel villains to date. He’s a man we see every day, obsessed with his ex, who makes her feel guilty for not wanting to be with him and blames his bad behavior on everyone but himself. The show never shies away from putting Kilgrave in his place. His catchphrase is “Smile,” which show-runner Melissa Rosenberg says is specifically influenced by modern misogyny. When Jessica calls what Kilgrave did to her rape, he protests: “What part of […] doing whatever the hell you wanted, is rape?”

“The part where I didn’t want any of it!” Jessica replies, and she’s right.

Kilgrave’s entire mission throughout the season is to win Jessica back, and then punish her for not wanting him in return. It’s a terrifyingly real scenario for women everywhere and Jessica never stops fighting to protect not only herself, but everyone around her from Kilgrave, proving herself to be a superhero capable of running with the big names we’re all familiar with. This Marvel fan is hoping to see hers drink Iron Man under the table someday, but for now, I’ll settle for a quick release of season 2.