Professor Talks About Saving Two From Fire and His Life After 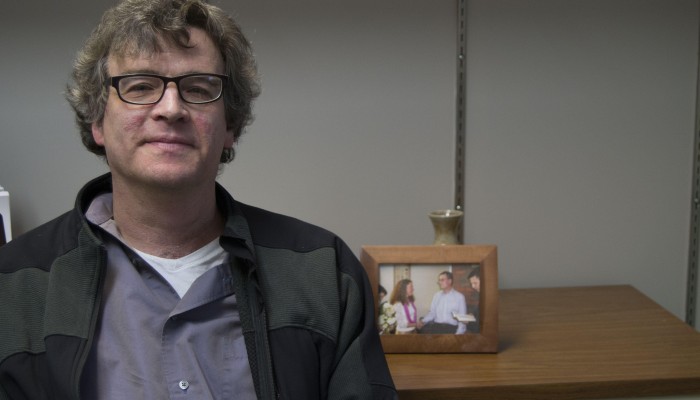 Many of us know David Vogel as a psychology professor seen around campus. But Vogel has an incredible story of bravery and resilience to be told.

Vogel saved the lives of his stepson and his stepson’s friend from a fire on Feb. 15, 2004. It was 5 a.m. and his son had fallen asleep with a candle burning. He ran to wake up Vogel for help putting out the flames.

Vogel asked his then-fiancée to call the fire department while working to extinguish the flame by throwing the burning mattress in the shower. It was then he realized the fire had already spread to the walls.

Vogel rushed his wife, son, and dogs out of the house and safely into the car. He then heard the screams from the second floor. His stepson and stepson’s friend had come into the house after Vogel had gone to bed and Vogel was unaware they were inside. He ran to where the boys were, only to find that the fire had spread to his stepson’s bedroom and his stepson and friend were trapped.

He grasped the doorknob and immediately felt the burn. He knocked the door down and was able to get the boys out to safety. David was aware of the burns on his hands and feet. He noticed blood on the snow where he had stepped.

Vogel was put into an ambulance and hooked up to an IV before being rushed to the hospital. He said he blacked out when he arrived at the emergency room. He described “vivid visions at some point of eternal struggles and of heavenly and infernal forces and places.”

This is the last thing he remembers for two months. He had been placed in a medically-induced coma to help with the healing process.

When he awoke, he realized that one-quarter of his body was covered in skin grafts. He had an emergency intubation which damaged his vocal cords making things like swallowing and eating solid foods extremely difficult at first.

He found he had extreme anxiety from the problems with swallowing which took the form of a panic attack. There is also a rebound of anxiety that comes from coming off of sedation medication which Vogel said could be another reason for his anxiety.  The smallest thing could make Vogel upset.

Vogel met with his therapist who asked him what was his goal for recovery. Vogel explained that he would love to go backpacking again. His therapist’s response: “it’s good to have goals.” In other words, telling Vogel that this would be impossible.

There was an initial fear as to “what is going to be the new normal” for Vogel. But he had “an intense determination to get everything the burns took away back.” He married his fiancée in the hospital. A little over a year after experiencing this trauma, he completed a 280-mile backpacking trip.