Home > Entertainment > What Should You Watch Next on Netflix? No, Seriously, I Have Leukemia

What Should You Watch Next on Netflix? No, Seriously, I Have Leukemia 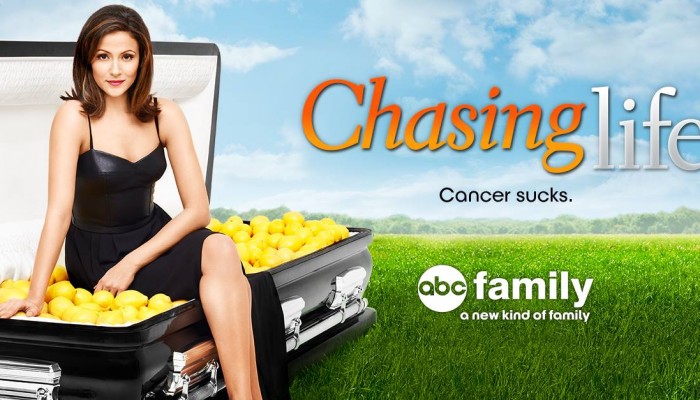 “I don’t live for the future. We could all die tomorrow. You gotta live while you can.” —Brenna Carver 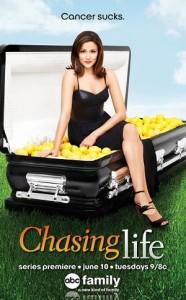 While ABC Family is known primarily for things like the annual “13 Nights of Halloween” and “25 Days of Christmas,” their T.V. shows are immensely popular as well. Pretty Little Liars has a huge fan following and the cast of both that show and the newest show, Stitchers, both held a panel at New York Comic Con in October. One of their other shows has also gained a strong following. Chasing Life, starring Italia Ricci, Haley Ramm, and Scott Michael Foster, follows Massachusetts natives, April Carver, and her family.

April’s life has just started to pick up again a year after her father’s death. She lives with her mother, grandmother, and little sister, just started dating someone, and has been working at The Boston Post. Her career in journalism is put on hold, however, when she faints while getting a story and ends up at the hospital where her estranged uncle, George, works as an oncologist.

April decides to keep it a secret from her family at first and initially avoids treatment, however, George eventually forces her to come clean to her mother, the overprotective Sara. Once the secret is out in the open, everyone in the family comes together to help April cope with her disease.

Of course, April isn’t the only one with secrets; she finds out that her father had a secret family in another state and a daughter named Natalie. At first, she seems rough around the edges and doesn’t mix well with the Carver women, but April and her sister Brenna learn to embrace her as their sister. Brenna herself is having her own struggles; her rebellious nature lands her in hot water many times and after spending time with Greer, an openly gay girl at Brenna’s private school, she begins to question her own sexuality and eventually comes out as bisexual.

Many LGBTQ+ groups have praised Chasing Life for their positive portrayal of bisexuality. Brenna comes out to her family who accepts her with open arms and she has a healthy relationship with Greer. She stands up for herself when she faces biphobia from students in her school’s Gay-Straight Alliance.

When she attends cancer support groups, April meets Leo Hendrie, the son of a politician, who has already come to terms with the fact that he has terminal brain cancer (he even nicknamed his tumor “Leo Jr.”). They lean on each other for support and while Leo helps April learn how to live in the moment, April’s will to fight her cancer causes Leo to realize that giving up isn’t the answer either.

If you’re apprehensive about watching a show about cancer because you would rather not commit yourself to another heartbreaking hour of television, (trust me, I feel your pain!) don’t worry. Chasing Life may be full of tear-jerking moments, but it isn’t a sad show. It handles many topics such as mental illness, abusive parents, abortion, and death, but always does so with respect and care. The show is, at its heart, about the fragility of life. Nothing is certain and in reality it’s impossible to plan for tomorrow when no one truly knows what could happen tomorrow. You have to live for every day and fight for your life, not just to stay alive, but to live the life you deserve. The show is about exactly what the title promises: chasing life.

Fun Fact: April’s best friend, Beth, is played by Aisha Dee. While Beth and April are supposed to be the same age, Aisha is actually younger than both April and Brenna, who is supposed to be in high school.