Home > Entertainment > What Should You Watch Next on Netflix? What’s Your Favorite Scary Movie?

What Should You Watch Next on Netflix? What’s Your Favorite Scary Movie? 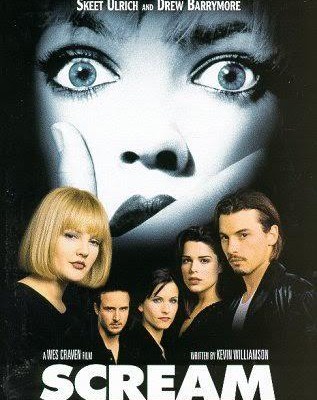 “What’s the point [of scary movies]? They’re all the same. Some stupid killer stalking some big-breasted girl who can’t act who is always running up the stairs when she should be running out the front door. It’s insulting.”—Sidney Prescott

You think you know the story of the Scream movies. You’re probably used to seeing the Ghostface mask everywhere during the month of October, probably paired with long black robes and a plastic machete filled with fake blood. If you haven’t seen these movies yet, then this is the perfect time of year to take a visit to the town of Woodsboro. 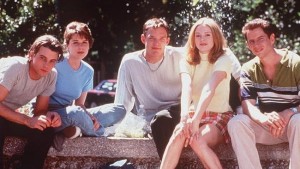 The movies center around Sidney Prescott, played by Neve Campbell, and the murder of her mother, Maureen, a year prior to the events of the first movie. Sidney is just starting to resume her normal life with her friends and boyfriend (Skeet Ulrich) when two of her classmates are brutally murdered. It quickly becomes apparent that Sidney is the killer’s intended target as she receives multiple calls and is attacked by them.

The first movie culminates in a bloodbath at a house party. The sequel is a revenge plot that has the killer following Sidney to college, while the third focuses on the circumstances of Maureen Prescott’s life and murder. The fourth movie brings Sidney back to Woodsboro so the events of the movies can come full circle.

You may think that these movies are just another notch on the belt of late horror genius, Wes Craven, but he almost passed up the opportunity to work on them. He was considering getting out of the horror genre completely because he was tired of the clichés, misogyny, and overall violence. He was originally going to title Scream “Scary Movie” because he wanted make it a tongue-in-cheek horror film, a parody of the “rules” that every horror movie follows. These rules are a common theme throughout all four movies and vary depending on the movie. It was also a remark on how desensitized society has become to violence.

To do this, he uses the character of Gale Weathers (Courtney Cox), a reporter who has written books about Maureen Prescott’s death and the first Woodsboro murders. The latter was turned into a movie, which we see in the sequel. The movies-within-the-movies, called Stab, continue to run parallel to the events of the actual movies. In the third Scream, the murders take place at a Hollywood movie studio that’s filming one of them. When Sidney visits the set, she is horrified to see her childhood home recreated for the purpose of exploiting the tragedies she’s endured.

For the first movie and its sequels, the rules come to us in the form of Randy Meeks (Jamie Kennedy), one of Sidney’s friends and a bona fide expert on the horror genre. For the first movie, the rules are essentially: not to sin, don’t ask “Who’s there?” or say “I’ll be back.” The rules change with every additional movie. In the sequel, the body count is always bigger and the death scenes are more elaborate, and you must never assume that the killer is dead. For the third movie in the franchise, the killer is superhuman or just extremely hard to kill. Anyone, including the main character, can die, and the past will come back to haunt you.

In the fourth movie, a group of film students from Woodsboro High explain to Sidney and Gale that in modern horror movies, the death scenes are way more extreme and it doesn’t matter how good of a person you are; no one is safe. Technology is almost always involved, and don’t try to mess with the original.

Each movie contains elements of the previous ones. The killers are all related in some way, and the fourth one has a killer recreating the original murders. Even Sidney’s cousin, Jill (Emma Roberts) and her group of friends seem to mirror Sidney’s original friend group. The horror movie trivia game in the opening scene where Casey Becker (Drew Barrymore) plays for her life is only replicated at the end of the fourth movie with Hayden Panettiere, despite being the defining trait of the Scream movies.

These movies are just as clever and funny as they are gory and scary; entertaining the viewer while also poking fun at its own genre. They’re perfect movies for Halloween. It’s a scream, baby.

Fun Fact: The party scene near the end of the film runs for forty-two minutes in total. It took a total of twenty-one days, from sunrise to sundown, to shoot. After it wrapped, the crew had t-shirts made that read “I survived scene 118!”