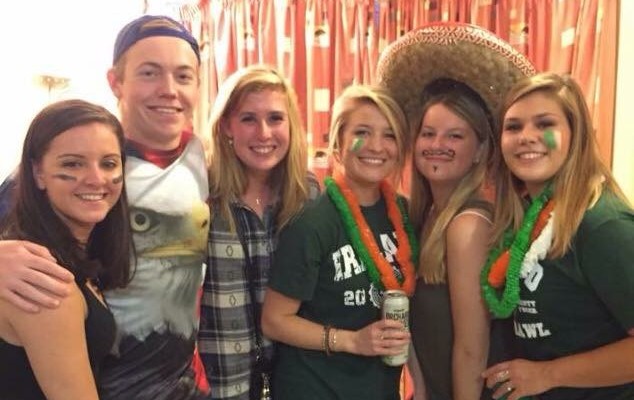 With the surge in applications that Merrimack’s study abroad office recently received, students were accepted, waitlisted, and denied from studying abroad for the upcoming spring semester.

This past week, many waitlisted applicants were given a second chance.

Dan Ulrich, a junior at Merrimack, applied to study abroad in Galway, Ireland. He stated “I was very surprised when I was initially waitlisted, but I believe that the Office of International Programs was put in a tough situation and really had to work to get more spots available for the students that met all of the requirements needed, and I really appreciate all the work they did.”

Another student at Merrimack, Maria Tashjian, previously waitlisted but now accepted, said she has “no idea why I was waitlisted over other students. I met the criteria and applied at the same time as other students and they got accepted over me.”

Many applicants thought they had it in the bag. Tashjian, like many others, believed they were guaranteed a spot upon filing their applications. “I believe that everyone who has the opportunity to go abroad should and if they can only accept so many people they need to make a bigger program or go to schools that are willing to accept more people.”

According to Merrimack’s study abroad page online, Merrimack’s vision includes the opportunity to “enable all students to have access to study abroad and provide them with support before, during, and after their experience.”

Junior Brianna Byam was accepted to study in Galway, Ireland next semester, as well. In a letter to The Beacon, she asked “If ‘all’ are being enabled why is the majority of students who applied being denied? More importantly, why are the students who meet all of the requirements both Merrimack and API have set being denied?”

Many students who were accepted, waitlisted, and denied have been concerned about this issue. Byam also noted “When myself and several other students addressed the study abroad office they informed us that the situation is in President Hopey’s hands and it is not their decision. They then locked their doors and are not making appointments with students.

When asked about how administration worked to handle waitlisted applicants, Associate Vice President of Communications at Merrimack College Jim Chiavelli  said that administrators did some tweaking to allow more students to go abroad next semester.

He stated, “Every junior who met the criteria is able to study abroad in the spring.” He also mentioned that some changed their minds about going abroad which opened up a few spots and that sophomores who applied this year and were not accepted will be at the top of the list of applicants to study abroad next year.

When asked in an e-mail about the surge in study abroad applications, Lauren Bent, the Assistant Dean of Campus Life and Director of International Programs & Education at Merrimack College, did not reply.

Julia Pierce, another student who applied to study in Rome, was waitlisted and then just accepted on Tuesday, October 20th. She said she received an email on Friday, October 16th that stated “Due to the large amount of interest – especially in programs such as England, Ireland, Australia, and Italy – we are not able to accommodate all the requests for all sites.”

Pierce, as many others were, was upset and lost all hope for studying abroad.

Pierce made sure to recognize, as all applicants have, that they feel fortunate that Merrimack has given them a second chance and accepted them into their respective programs. “The last thing I would like to add that I learned from this experience is that worrying about something that has not even happened yet is not worth your time and energy. I wear a bracelet every day that reminds me ‘What’s for you will not pass you.’ Stay positive. If your intended plans do not work out, try again!”