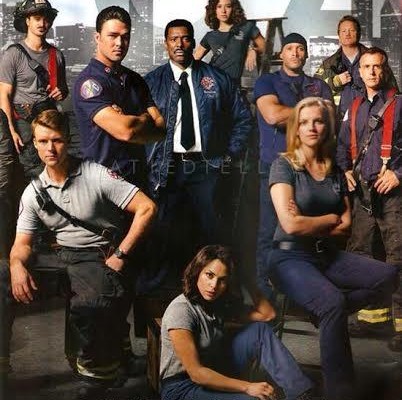 Season four of Chicago Fire premiered on Tuesday, October 13th on NBC and the show is back to stir up more drama and action. The premiere episode picked right back up where the last season ended.

A little refresher, if fans don’t remember, is that Lieutenant Matt Casey, with permission from Chicago PD, was spying on Jack Nesbitt and his illegal dealings that were going on at his strip club. The last scene is where Gabriella “Gabby” Dawson found out she was pregnant and went to Matt’s place to only find out that there was a dead stripper in his apartment, and Matt nowhere to be found. Matt ended up getting kidnapped by Nesbitt’s shady business partners and Gabby’s older brother, Detective Antonio Dawson, and Sergeant Hank Voight rescued Matt. He is fine, but a little banged up.

The season opener was an intense two minutes, and a great way to get the night’s episode rolling with more action. Unfortunately, there was not a copious amount of action in this episode as there always is in Chicago Fire. This episode “Let it Burn,” mostly focused on the personal lives of Matt Casey, Gabby Dawson, and Kelly Severide. As fans know, Casey and Dawson were engaged but called it off, and after one night of passion, Gabby finds herself pregnant. Gabby deals with ways to tell Matt the news, and tells him at the end of the episode when he says he can’t live without her. This may seem like a happy ending, but it is not. With every season of this show, something always causes them to fight or break up.

With Dawson and Casey dealing with their problems, another firefighter had to come to terms with his. Kelly Severide was demoted as Lieutenant due to the fact that the squad he commands always has people rotating in and out. This makes him unfit to lead. That was the most shocking news out of the whole premiere. He is a good leader, but he does tend to go easy on his men if they have personal issues, which is not a good idea.

There is a new candidate for Fire House 51, and that is Jimmy Borrelli, played by Steven R. McQueen. Fans of The Vampire Diaries might recognize that McQueen played a character on the hit CW show. Jimmy Borrelli seems to be a decent character, but he was only in two scenes, so viewers will have to wait and see his character develop more.

In one of the last scenes, the gang was called to a fire. The fire didn’t have anything special to it because there was no action. Maybe the following episodes will have action and focus less on highlighting the characters’ personal lives. Fans can only hope.

Overall, the premiere brought a lot of new additions and changes to the show, which will probably disrupt Fire House 51 as the season continues.