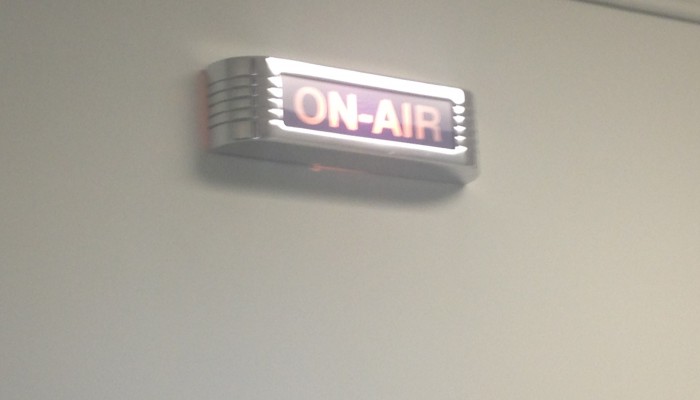 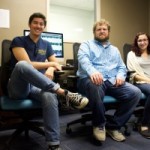 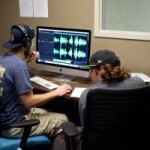 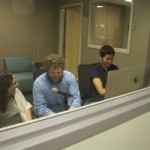 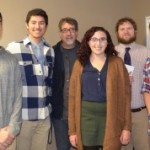 The radio station at Merrimack College is officially on the airwaves. The long time project to get a radio station on campus started about two years ago as a total student effort. The project took off last year as graduate Lisa Vasallo worked closely with Dr. Jake Turner, making the future radio station her senior capstone project.

“Last year, Lisa Vasallo asked Jake if she could start the process of creating a station as her honors capstone project. She put together a proposal for SGA, found our service provider, Backbone, and met with the President’s office to make sure this was feasible… I was brought in a year ago to replace Lisa when she graduated,” Lindsy Goldberg stated.

Goldberg is currently co-president, along with Michael Giammasi. The two worked together over the summer with faculty to look over the set-up of the radio station and also worked closely with the studio equipment.

“In order to make the station a reality, we did some promotion last spring, and I spent the summer on campus with Jake and Kevin Salemme to learn the equipment, set up the physical station, and create all of our policies and procedures,” Goldberg explained. “Mike was looped in at the end of the summer as a replacement for me when I graduate in December.”

The station launched its first broadcast on Monday at 11 A.M. as Goldberg ‘15 and Giammasi ‘18 took to the mics to rein in the start of the campus station. The first broadcast introduced the radio station, WMCK Merrimack College radio, and talked about what exactly students could expect from the station.

“It went really well. Mike and I opened with the song “Warriors” by Kimbra, A-Trak, and Mark Foster, obviously because of the name. Then, the rest of our hour long show was a split playlist of my favorite music and Mike’s,” said Goldberg.“We also highlighted a couple of shows we were excited to hear this semester, such as Coach Dennehy’s.”

The morning started off by introducing e-board members, faculty and staff, and President Christopher Hopey for the grand opening of the radio station. Father Rick said a blessing over the confines of the station and Goldberg blessed the station in Hebrew.

The radio station on campus hopes to give students an opportunity to come on the air and play whatever kind of music they enjoy and other content from different students including music, sports, and news. It’s a way for students to connect and learn how to put a radio show together and speak to the masses.

Goldberg is excited that the station was able to get to campus and was very happy with the support that has generated on campus.

“We’re thrilled about the launch of the station and the incredible amount of support that we’ve received from students and faculty alike. We’re looking forward to building the station’s presence on campus,” said Goldberg.

The radio station released their schedule which includes music, sports, and other news talk shows. To listen to WMCK Merrimack College radio, check out the link: Radio Station. Tune into the station and listen to fellow Merrimack students play their jams live on the radio.