Home > News > Hopey: Police Will Back Off

Hopey: Police Will Back Off 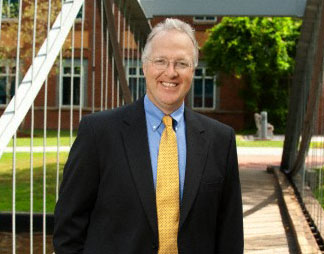 There is little doubt that students perceived an increased police presence on campus during recent weekends.

But Merrimack Police Chief Mike Delgreco said there has been no increase in the number of officers, just a change in the way they have been deployed. He said the officers were moved to patrol high-traffic areas. In addition to the new patrol routes, officers were more active in checking IDs and bags due to an incident where bottles were thrown at police officers, Delgreco said.

After complaints about the searches, President Christopher Hopey held a meeting with students Oct. 6. He admitted the searches and increased police activity on weekends had “probably gone too far. ” He assured students the amount of police activity on campus will return to the way it was last year, provided police don’t see a reason to crack down again.

Hopey went on to say, “violence will not be tolerated,” and stressed the fact he does not want Merrimack to turn into a “police state.”

The Mack Meeting tackled several of the issues involving the increased police presence and activity around campus. As a result of the meeting, Hopey has reversed another policy which barred students from swiping into other dorms at night and has commissioned a group to develop a plan to make changes to a new policy affecting dorm-room parties.

While it may seem hard to avoid officers on weekends, there aren’t really that many of them around. On weekdays, there are three officers on active duty, not including the dispatcher. On weekends, the number of active officers jumps to six. While it may seem like a small number for the size of our campus, they can cover a lot of ground, Delgreco said. He said 90 percent of arrests on campus involve non-students.