Home > Entertainment > Who Can Stop The Patriots? A Look At Their Upcoming Schedule

Who Can Stop The Patriots? A Look At Their Upcoming Schedule 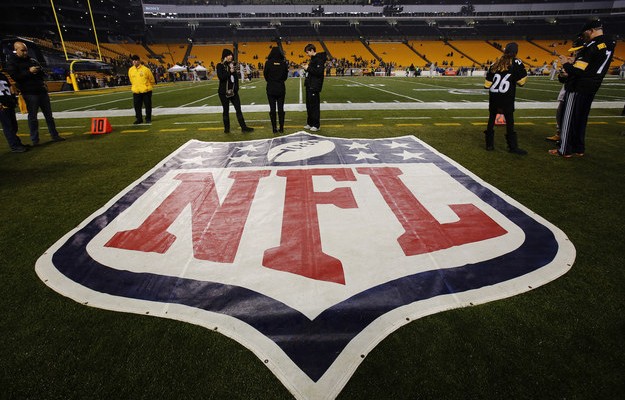 Who has the firepower to stop the New England Patriots? That is the question that many sports writers across the country have brought up after the electric first three weeks of dominant play they have put on display. In week 1, the Patriots largely controlled one of the best teams in the AFC; the Pittsburgh Steelers. The second week would provide a great test and measuring stick for the team’s soul. They went into Buffalo and decimated one of the best defensive fronts in football. This was one week after that same Bills defense had completely shut down Andrew Luck and the Indianapolis Colts. The Third week of the season undeniably looked like one of the most dominant Patriots teams we have seen since 2007.

So, who can stop the Patriots in upcoming weeks?

There hasn’t been much in terms of serious injury to hold back the Patriots this year. They are so deep at the linebacker position that Jerod Mayo is not seeing the field. To aid the depth of the defensive front they traded for Jon Bostic from the Chicago Bears. The two main weaknesses in the 2015 Patriots largely encompass run defense and the cornerback position. Although the run defense has looked shaky at times, they have managed to get the job done so far this season. The Patriots have two very good outside defensive linemen in Chandler Jones and Rob Ninkovich. Luckily this combined with the highly talented depth at linebacker their run defense should only improve as the season rolls on. The secondary is far from fully hashed out heading into the bye week. However, the field general Devin McCourty has successfully operated the Patriots secondary into supporting three wins.

The Patriots will heal their bumps and bruises and roll into Dallas after the bye week. The Cowboys are without a starting quarterback and their best wide receiver. Brandon Weeden steps in for the injured Tony Romo. The Cowboys are coming off back to back losses to the Saints and Falcons; much less talented football teams than the Patriots. Brandon Weeden has now lost 10 NFL starts in a row.

After the Patriots head to Dallas their off to Lucas Oil Stadium for a game many looked forward to when looking at the preseason schedules. So far, the Colts have barely looked like a playoff potential team. Andrew Luck has started off 2015 with the worst play of his entire career. Not only is Luck playing terribly, he is also injured. The Colts did luckily bounce back and take wins from the Titans and Jaguars but it was in the ugliest fashion possible. These Colts don’t have much bang on the defensive side of the ball either and a serious weakness at the cornerback position. The Colts are a team that will pick it up and likely be a contender. However, at this point in the season Belichick may have a field day in the ultimate deflategate payback. There is no doubt who will win in Indy and that the ball PSI won’t matter one damn bit.

After they play the Colts its onto Foxboro to play the much hated New York Jets at home. Fitzpatrick at the helm, Revis at corner, and Brandon Marshall to catch balls downfield. The Jets certainly have skill but their team is far from consistent across the board. The Jets might be one of the tougher opponents for the Patriots to play. However: Brady at home? Against the Jets? Without Rex Ryan? I have a feeling I know who wins this one.

Dolphins roll into town the week after. Their head coach was just fired after an extremely disappointing start to the season. Their offense has talent and probably the second best quarterback in the AFC East. The Dolphins added defensive beast Ndamakong Suh to their defensive line. They have promise and potential but have shown nothing but disappointment through all of the games this season. The Dolphins are losing to bad football teams and that is really going to come back to bite them later in the season.

After that the Kirk Cousins led Redskins head to Foxboro for a  huge challenge. The Redskins have looked like… well.. the Redskins through the first few weeks. Their franchise quarterback has largely been deemed a failure and Desean Jackason is battling through injury. Frankly, Kirk Cousins just isn’t that good. I can’t even begin to fathom Gronkowski having trouble finding the endzone against the Redskins secondary.

If you add up the quarterbacks that Brady has to face in his next five games it’s Weeden, Luck, Fitzpatrick, Tannehill, and Cousins. Hardly an impressive bunch outside Luck. Let’s also not forget Luck has also started off the season with the worst play in his career.

I’d be shocked if the Patriots do not go 8-0 through the first nine weeks of the NFL season. They are motivated, skilled, well coached, and well equipped to beat half of the AFC on a bad day. Brady is one bad man right now and what team would want to play him? He’s gone out and proved all of the distractions are only motivating him to take his play to a new heights. It would take key injuries in order to take down these Patriots.

The only way the Patriots lose through November 15th is if they beat themselves.

The real test starts when Bills, Broncos, Eagles, Texans games roll into town. The Patriots have already defeated the Bills in their home stadium. The Eagles have not had much chemistry at all through their first few games. The Texans starting quarterback is Ryan Mallet. The Broncos? They aren’t as good as the past year or two and the declining Manning arm doesn’t help their cause. Their defense needs to carry them and I’m not sure Brady won’t tear them apart too. The Texans might actually be a more difficult game with their defensive beast J.J. Watt.

It’s another great year to be a Patriots fan.