Home > Entertainment > What You Should Watch Next on Netflix: The White Hat Looks Good On You

What You Should Watch Next on Netflix: The White Hat Looks Good On You 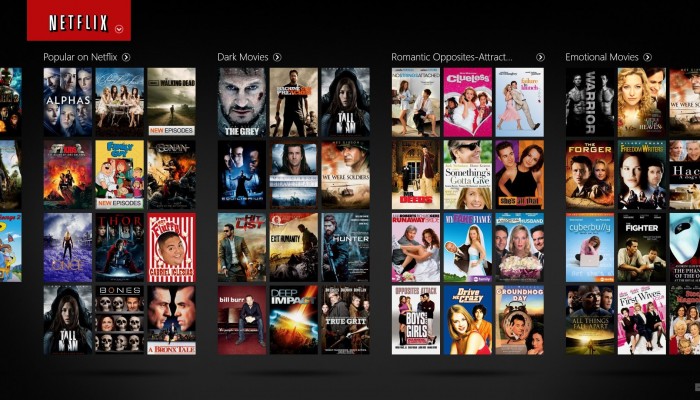 Anyone who watches T.V. knows who Shonda Rhimes is. She is the reason we’re all glued to our televisions for three hours every Thursday. The shows in that time slot feature everything from drama with doctors, affairs with the most powerful man in the country, how exactly one gets away with murder, and all the shady things that happen behind the closed doors of the White House. Yes, I’m talking about the delightfully twisted Scandal, which premiered in April of 2012 with great reviews. The show opens with Quinn Perkins (Katie Lowes) attempting to cancel a blind date, until Harrison Wright (Columbus Short) reveals he isn’t interested in her—he’s there to offer her a job working for “the” Olivia Pope.

In the next scene we see Kerry Washington as the star of the show, ruthlessly negotiating a deal with two mobsters in the form of a monologue during which she hardly seems to breath at all; the type which appears at least once every episode (trust me, you’ll know it when you hear it). This sets the tone for the entire first season as Pope and Associates, known as the best “fixers” around, navigate every mess Washington D.C. has to offer as they help their clients prove their innocence and put the guilty ones away. However, every member of the team has something that will come back to haunt them. For the tech-genius, Huck, it’s the time he spent as a professional killer for the secret government organization, known as B613. Even Quinn transforms into a fierce, deadly gladiator by the fifth season, but she’s not always on Olivia’s side. Olivia’s secrets could fill a book, but the most scandalous is that she is having an affair with President Fitzgerald Grant, and he will stop at nothing to win her back, even if it means destroying his marriage and his presidency.

Despite wanting Fitz (Tony Goldwyn) and Olivia to be together, it’s impossible to hate the First Lady, Mellie, played by Bellamy Young. Mellie is usually the smartest person in the room, but is very careful about using people’s expectations of her to her advantage. She loves her husband and will do anything to keep them both in the White House. She’s even better at playing the political games than he is. By the end of the fourth season, it’s hard not to wish things would just go right for Mellie for once; everything she tries to accomplish seems to fall apart.

Of course, there’s another man vying for Olivia’s heart: Captain Jake Ballard, an old friend of Fitz’s and the right hand man of the leader of B613. While Fitz promises Olivia a house in a small town in Vermont where they can lead normal lives, Jake offers her a chance to stand in the sun, to wipe her hands clean, and live her own life instead of fixing everyone else’s.

Most of the show’s plot is dedicated to the good guys (like David Rosen, the attorney general) trying to dismantle B613, an elite black ops agency that operates outside the bounds of the federal government, dedicated to protecting the nation no matter what the cost. The leader is Olivia’s father, Rowan, played by Joe Morton, who is ruthless in his quest to protect both B613 and his daughter. Hands down, Papa Pope is the most terrifying person in Shondaland.

Nothing on Scandal is simple. It will challenge your views on what’s right and what’s wrong and that morally gray area we don’t like to think about because wearing the white hat and standing in the sun—being one of the good guys—is harder than it looks, especially when you can’t tell the difference. No one’s moral compass is straight, but that doesn’t affect their ability to spout one-liners at anyone who gets in their way (I’m looking at you, Cyrus Beene). No one is completely innocent, but few are totally guilty either. Season five of this twisty drama is now on at 9 P.M. every Thursday on ABC as part of #TGIT.

Fun Fact: The presidential ticket of the show has some famous relatives: Kate Burton (who plays Sally Langston, the Vice President) is the stepdaughter of none other than Elizabeth Taylor, and Tony Goldwyn is the grandson of Samuel Goldwyn, one of the founds of MGM Studios.