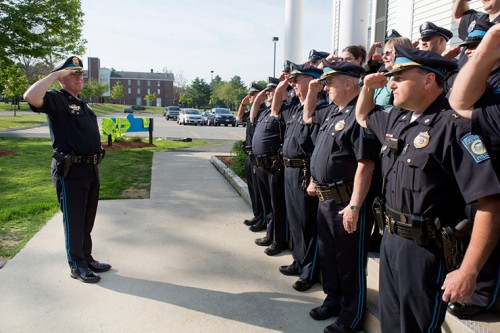 Received a call from an RA in Ash stating that resident student had shocked their hand while plugging something into an outlet. Student is fine, however their finger was burned and the outlets were no longer working.

Augie’s manager called to report that an intoxicated student had intentionally urinated on the floor of the pub, and fled the area. Individual’s description was given out and officers were dispatched.

Officer reports that items were stolen from his patrol bike outside of Tewksbury Townhouse.

Worker from the library reports that there are “packages” outside of the main entrance to the library which have purple bows on them in which no one has any information on.

Student called to report a sinkhole outside the North Residential Village just past Cushing near Building 1.