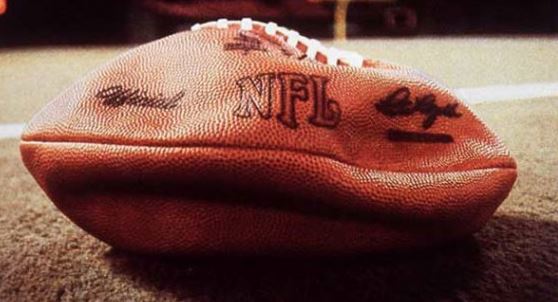 The 2014 football season was a wild ride for New England Patriots fans for a multitude of reasons. The Super Bowl championship capped off one of the best moments in Boston sports history. However, like every many major events in Boston’s history the win didn’t come to fruition without controversy. During the AFC Championship game, Colts LB D’Qwell Jackson intercepted a pass from Tom Brady and for unknown reasons the Patriots game ball PSI was measured by the opposing team’s personnel. The Colts found the balls to be below pressure, reported it to the NFL, and months of investigation would follow. The examination into the incident would ultimately result in a four game suspension of Tom Brady along with a $1 million dollar fine for the Patriots in addition to the loss of a first round draft pick. Whether it was the lack of pregame logging of PSI by referees or the application of the ideal gas law to a football game, the entire issue became overblown further than originally thought possible.

The Wells Report found that Brady was “more probably than not generally aware” of the deliberate deflation of footballs despite the lack of direct evidence. As the Patriots dove deeper into an investigation of their own toward the Deflategate controversy, they highlighted additional holes and inconsistencies in the NFL’s findings. The Patriots were denied access to the testimony of NFL executive Jeff Pash and any type of fair due process with Roger Goodell serving as judge, jury, and executioner under the NFL’s collective bargaining agreement. On September 3rd, Judge Richard Berman vacated the four game suspension of Tom Brady and became eligible to play week one against the Steelers.

The opinions of all local and national media have been given but what does the Merrimack campus have to say on the issue? Dr. Jake Turner, our resident sports communication professor and Jets fan stated, “Yes, I believe he did it. But there was no direct evidence to punish Brady so severely.” Joey Camilo who is both a Patriots and Cowboys fan believes that Brady was “Definitely up to something but the punishment didn’t fit the crime. It was because of his prominence that he was punished so severely.” Senior student Julie Zenga hit a similar note regarding Brady’s prominence exclaiming, “Brady should not have been punished due to lack of evidence and Goodell was simply trying use (Brady) as an example.” Sophomore student Dana Pappalardo hit a similar note affirming that “The (investigators) were trying to create any possible way to make him appear guilty.” Junior Ali Davis also pointed out that “It’s entirely possible that the deflation of balls happened without him having knowledge.” Senior Merrimack Football wide receiver Frankie Dunn capped off the argument in Brady’s favor by proclaiming “It was a cold and rainy game […] anyone who plays the sport understands that weather can affect the football. Brady is one of, if not, the best quarterback in NFL history.

More investigation should be put toward the equipment manager or referees than Brady.” On the opposite spectrum of the Deflategate argument, red shirt senior offensive lineman Shaun Reiss believes “This is just another case of the Patriots pushing the envelope and getting caught, Brady deserves to be suspended and New England should play by the rules. Whether it’s Deflategate or Spygate they have consistently taken advantage of the rules over the past few decades.”