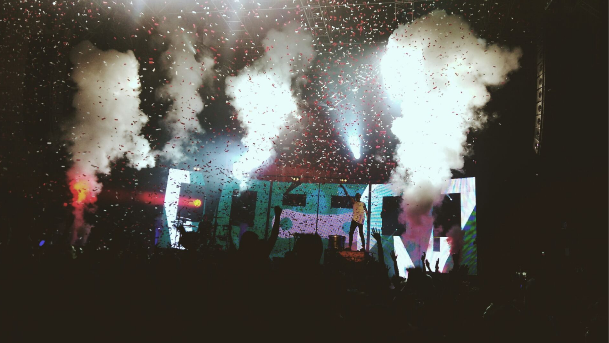 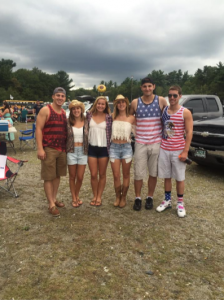 With summer coming to an end and fall classes underway, students are seeking some distractions from the stress of academics.  A popular way among students to relax and forget about their workload is to go to concerts. From country to hip-hop to alternative rock, Merrimack students tell us about their recent concert experiences that kicked off the start of the school year.

Junior concert-goer, Katie Brooks, attended the Florida Georgia Line concert with some M.C. friends at the Xfinity Center in Mansfield, M.A. this past week. Brooks says she and her friends are returning attendees to this concert and made it an annual reunion event for her group of friends. “My favorite part was the whole concert and just being able to see them play live and sing with my friends,” said Brooks.

Jacinda Pedersen also attended a show recently—the ever popular all male group, One Direction. “I’ve never been to one of their shows and always wanted to! They’re going on a break after this tour so I knew I might not have the chance to see a show again. So me and a friend decided to go and bought tickets the day of,” she said, regarding the extremely popular group who performed at Gillette Stadium last week. 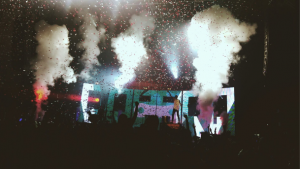 I took this photo during the encore song at the Twenty-one Pilots concert. It was an amazing firework finale.” –Megan Lacombe

Perhaps the most concert-crazed Merrimack student, Megan Lacombe, attended four concerts in a matter of five days—that’s right, almost one concert a day. “I saw The Maine twice in two days, Blackbear, and Twenty-one Pilots. One of the greatest feelings in the world is singing song lyrics back to an artist in a huge crowd of fans,” Megan said.

Although hitting the books is priority number one, students at Merrimack have found exciting and safe ways to hang out with friends and see some awesome shows. Be sure to give yourself a break from your studies every once and a while to appreciate and enjoy some live music.