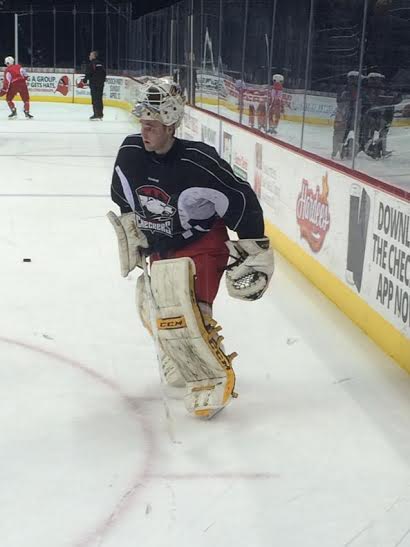 The contract will begin next season (2015-16) and is set to pay Tirronen $575,000 in the NHL or $65,000 in the minor league. The contract will end after the ‘15-’16 campaign in which Tirronen will become a restricted free-agent. He and former Merrimack players Karl Stollery (San Jose), and Joe Cannata (Vancouver) are three current Merrimack alum to be under an NHL deal.

The Finland native enjoyed a stellar senior year with a record of 12-14-3. Tirronen set a new school record with a save percentage of (.929). He also had a goals against average of (2.29). The senior set personal records as well appearing in 31 total games. He was also named Hockey East Goaltender of the month in October, and finished with the Defensive Player of the Week award three different times.

The senior brought the school to the Hockey East Quarterfinal for the first time since the ‘12-’13 season. Tirronen had a stellar first round against Northeastern, making 36 stops in a 3-2 overtime win in game one. He followed up that night with a 63 save performance (Merrimack record), in a 2-1 double overtime win to sweep the series. Despite being swept against BU in the next round, Tirronen, made 90 saves in the two games.