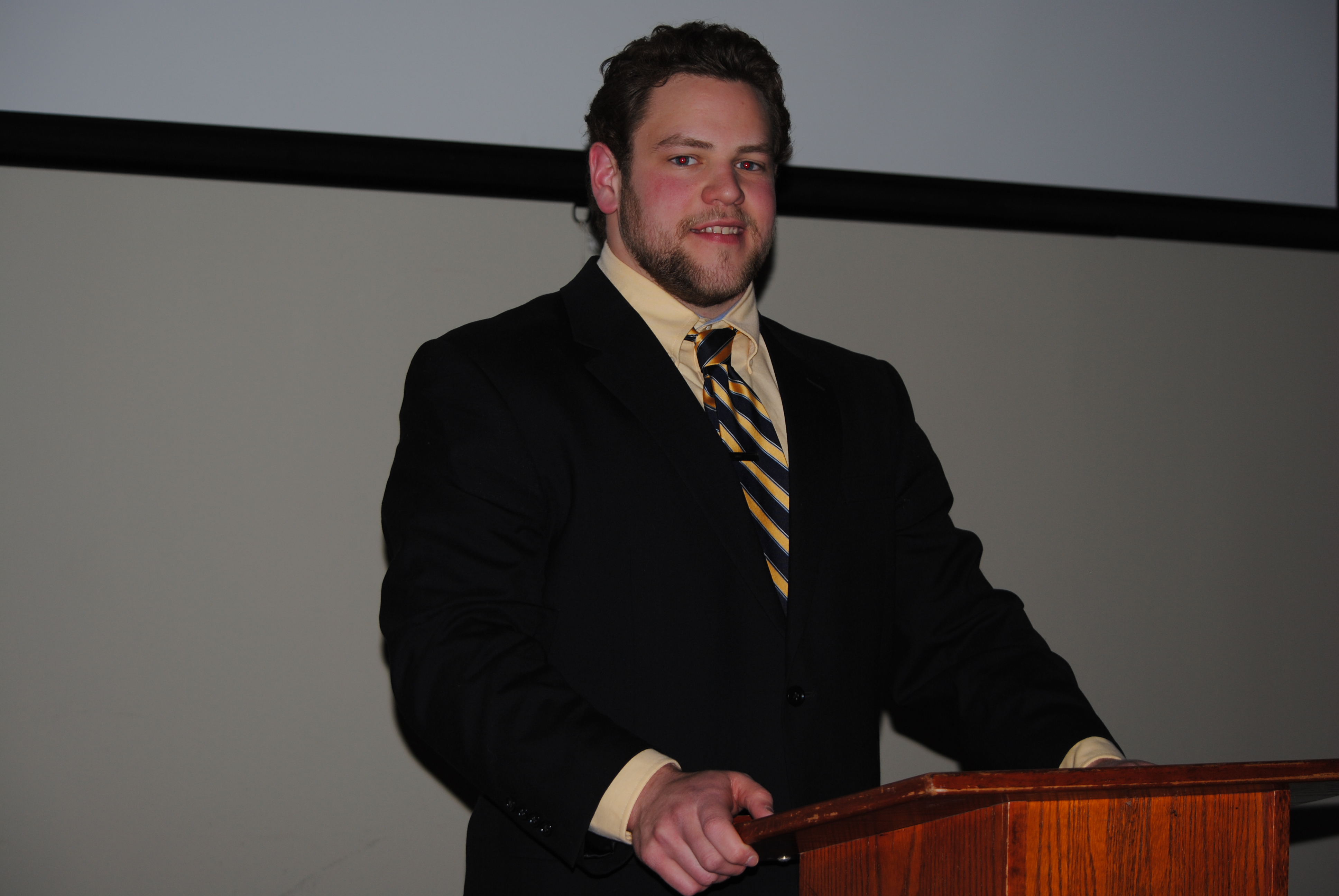 The first lecture is an opportunity for one student to show their peers, professors, and family what they are genuinely passionate about. The selection process involves nominations by fellow students followed by an interview involving questions such as their majors, future plans, and what changes they want to make in the world.

This honor was awarded to senior Greg Lingley. He is an English major from Amesbury with a duel minor in history and education. Greg isn’t just qualified in the classroom but in athletics as well. Greg has been a member of both the football and the rugby team. He has shown leadership and has gained respect in rugby a sport he just decided to play last year; he is a great teammate and an even better friend.

So what is important to Greg? Greg then stated “family, tradition, structure, and knowledge. Family comes first!” Greg then went on telling stories about his family and how he cherishes his time with them, the good and the bad. He told stories about family tradition and how getting the family together may be hard but when everyone comes together it is truly a time to savior with memories that will last a life time. Greg continued to describe the events and characteristics that got him to where he is today such as his unquenchable thirst for competition, and how it ultimately has driven Greg to accomplish all he has today. Greg later stated how being efficient has given him an advantage. Greg writes everything he needs to accomplish on a calendar allowing him to stay up to date from the first of the month to the last. Greg ended his lecture stating “we must question everything to achieve knowledge and with that we also must accept when we are wrong in order to gain the knowledge we seek”. 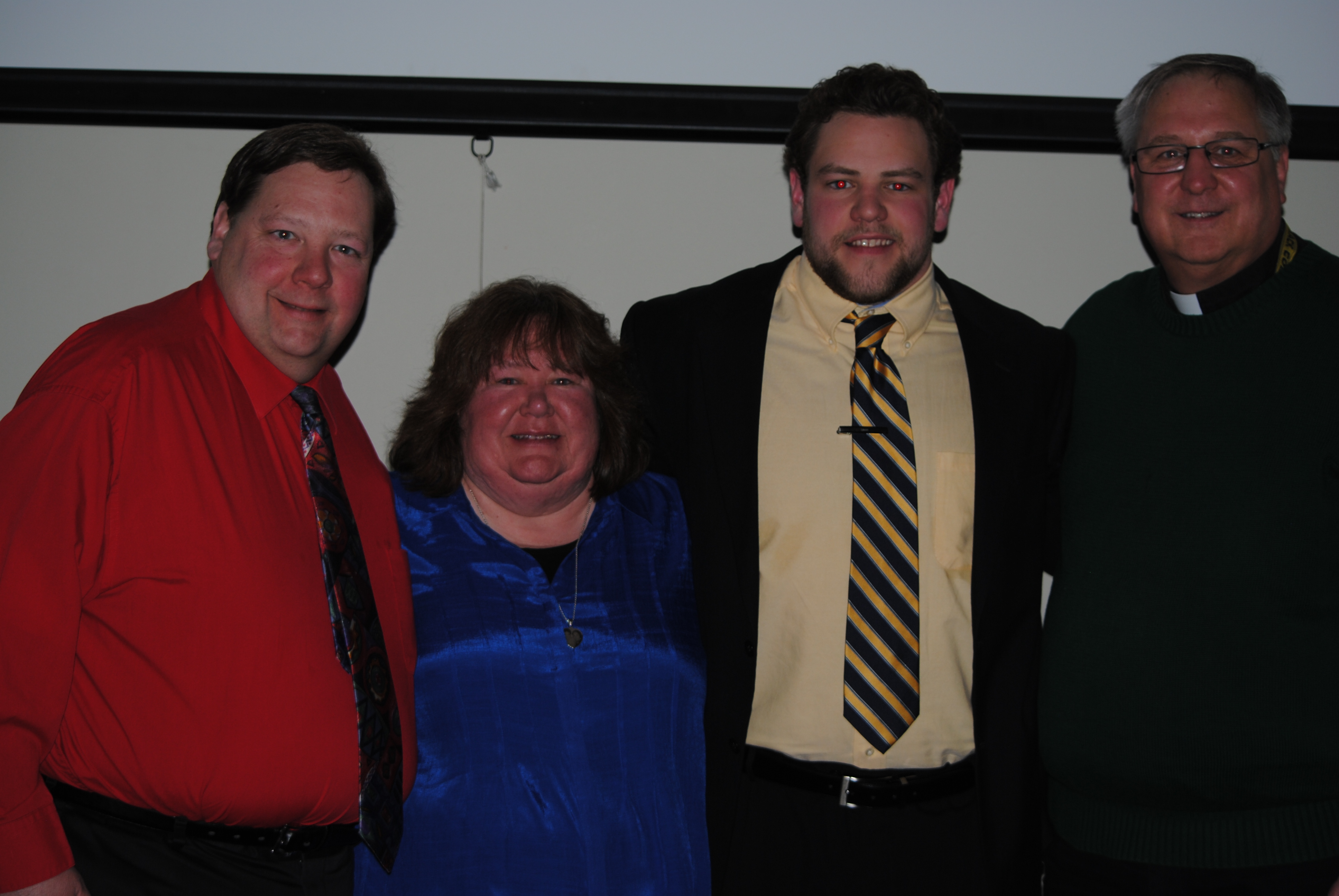