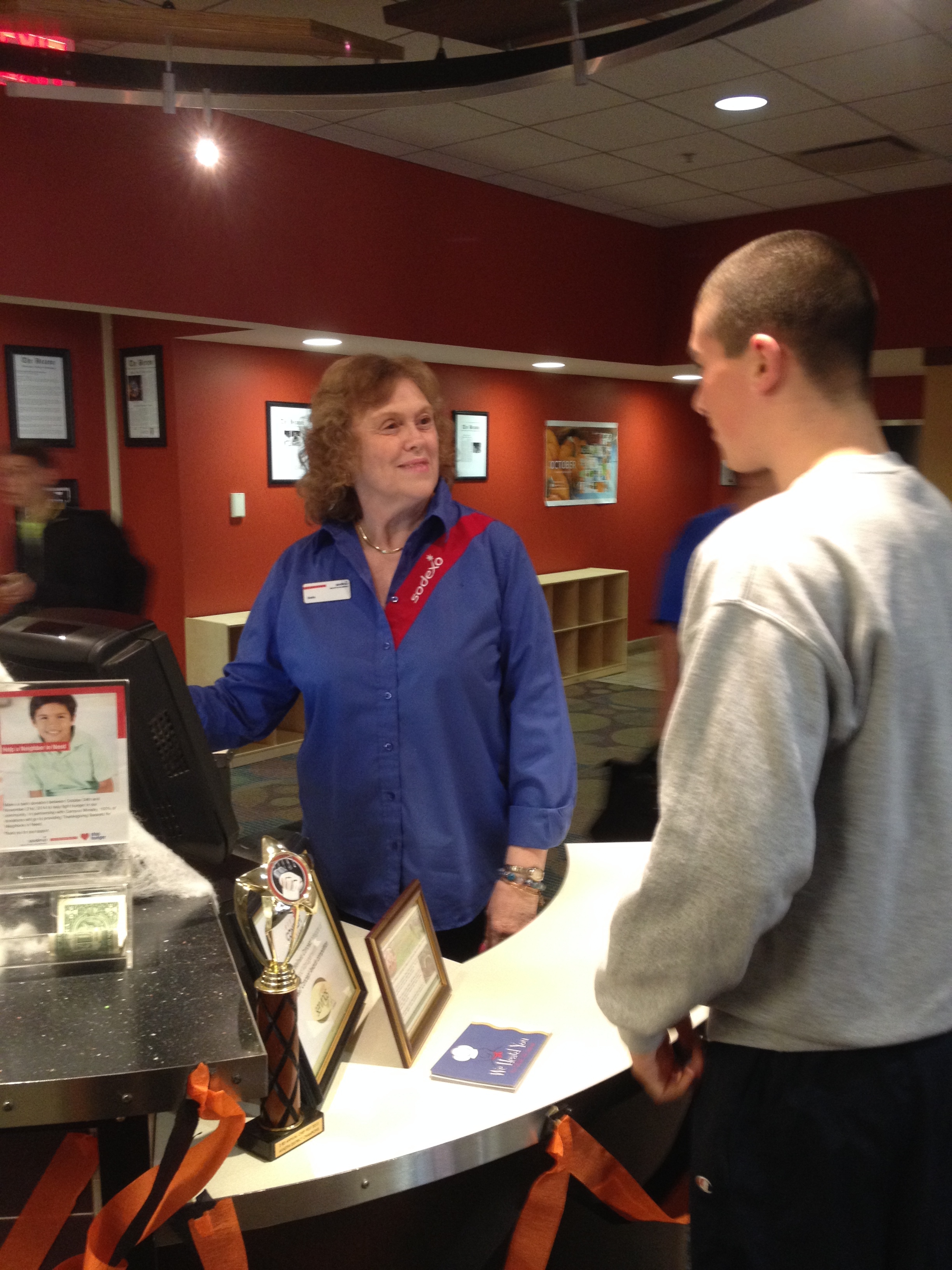 Everyone in the Merrimack College community knows the wonderful lady who swipes the Mack cards upon entering Sparky’s. But who really is Sheila McAllister? Sheila has worked at Merrimack College since 2007 and for Sodexo Food Services since 2005. She currently works as a cashier, but has many other duties that come along with that title. As a cashier, McAllister is in charge of swiping everyone in, dealing with the credit cards and the cash inputs. Typically, the count of swipes is between 1700 and 1800 per day, which McAllister does a majority of. She does have help during the lunch rush, but the majority of these swipes are her doing. When asked what she likes best about her job, she stated, “The people. I like finding out about them, where they come from, what they do, what they’re studying and people’s biographies in general. I like stuff like that.” Working in the dining hall since 2007, McAllister has seen many changes made. For starters, she was employed throughout the renovations of Sparky’s, which changed the dining experience on the campus as a whole. “The food is entirely different,” McAllister stated. In regards to the recent changes that have been made at Sparky’s with new food options and the possible extension of hours, McAllister was very excited and optimistic. “ If that’s what the students feel like they need and Sodexo is willing to go along with it then it is a good thing.” Regarding the changes that have already been made and whether or not they have been successful, McAllister feels that “most people are generally satisfied with the changes.” The new pasta station, the chicken caesar station, and the grilled chicken have all been noticed and enjoyed by the community.

By spending everyday at Sparky’s, McAllister is sure to eat many meals. Recently, she has been enjoying lots of the chicken caesar salads, soups, and the new deserts. And if anyone is looking to spend the summer on campus, you will be sure to see McAllister at her post in Sparky’s. She works all summer long and is typically working on campus throughout July and August.

Now that Sheila McAllister has been formally introduced to the whole campus, do not be a stranger. Say hello to her and thank her for swiping you in. She loves the interactions so do not be shy.