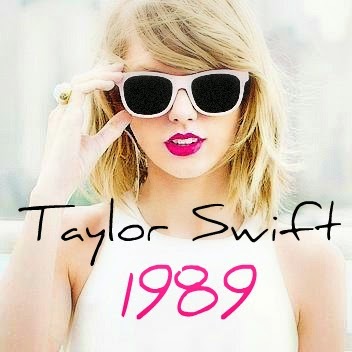 Billboards’ youngest-ever Woman of the Year,Taylor Swift, has just released her fifth album titled “1989” on October 27, 2014. This album consists of 13 songs and has a deep meaning within each one of them. For this album, Swift went outside of the box and rerouted her music from country style music to pop music. She felt that pop music was more expressible for her and her listeners as she touches on topics that effect people every day.

Swift was asked on The David Letterman Show to share what she did for her fans. She told viewers, “This was a thing I called the “1989 secret sessions.” I wanted to play my entire album for fans before it comes out, like months before, it was a listening party.” Swift held 89 people in each of her homes across the country. She sifted through Instagram and chose fans that really cared about her and her music. Going through different social media sites, Swift connected to all of her fans that led to her the making of her hit single “Shake it Off.”

On The View, Swift was asked about what made her finally push to make that song and Swift replied, “Lately I’ve been spending a lot of time online, going through Instagram, Twitter, and Tumblr and seeing how I am not the only one to have people talk about me, so are my fans.” She is also donating all of her proceeds of her sale of her new single in the album, “Welcome to New York” to all of New York’s public schools.

On Good Morning America, Swift told viewers that “1989” made her move from country to pop because that is what felt the most authentic to her, “I think you have to stay true to who you are and, at the same time challenge who you are to explore all the different aspects of what you can create.”

Taylor Swift is a seven-time Grammy winner and the youngest recipient in history for a Grammy award for “Album of the Year.” Swift holds the title for “Best-Selling Digital Music Artist of all Time”, and named Time Magazines’ “100 Most Influential People in the World.” She is the only female artist and fourth artist ever to have two albums sell 1 million dollars in copies within the first week of release with, “Speak Now” in 2010 and “RED” in 2012. Swift is also the only female in history and first artist since The Beatles to log six or more weeks at the #1 spot with three consecutive studio albums. Taylor Swift is a successful businesswoman who has created her childhood dreams into an empire.