Mackapella’s Annual Night of A Capella

On Saturday Feb. 1, Mackapella hosted its biggest show of the year at the Rogers Center. The group’s annual Night of A Capella is a show for which big name a capella groups come to perform and Mackapella gets the privilege of opening for them. 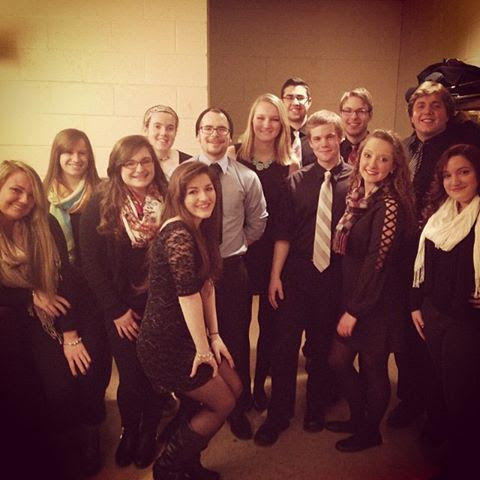 A group called “North Shore” from NBC’s prime time show “The Sing Off” has performed at the venue in the past, giving the event a reputation for showcasing good talent. “Boston Jazz Voices” and “Fermata Town” are two of the big-name groups that are known to perform year after year at the venue.

Mackapella opened with four songs including “Locked Out of Heaven” by Bruno Mars, “Royals” by Lorde, “Hallelujah,” and “Under Pressure” by Queen.

Lisa Vassallo, a junior at Merrimack and former vice president of the group, said the performance seemed to go without a hitch. She said everything went as planned and the group was very happy with their performance. She said it felt good to perform well for their biggest show of the year especially in the presence of well-known a capella groups.

The group now looks ahead to their next big show of the year where Mackapella will perform at Relay For Life at Merrimack on March 9.  The group has done this in the past and looks forward to having another good performance.