The subject of this issue’s Most Interesting Person is Matthew Cleaves Joseph Hanson. You may recognize him around campus by his iconic thick facial hair. Originally from Salem, Massachusetts but current resident of Peabody, Massachusetts, Matt is a junior majoring in Psychology and minoring in Business. He is the younger of the siblings, the other being his 32-year-old sister Elissa who lives in Florida. Matt attended and graduated from Malden Catholic High School. 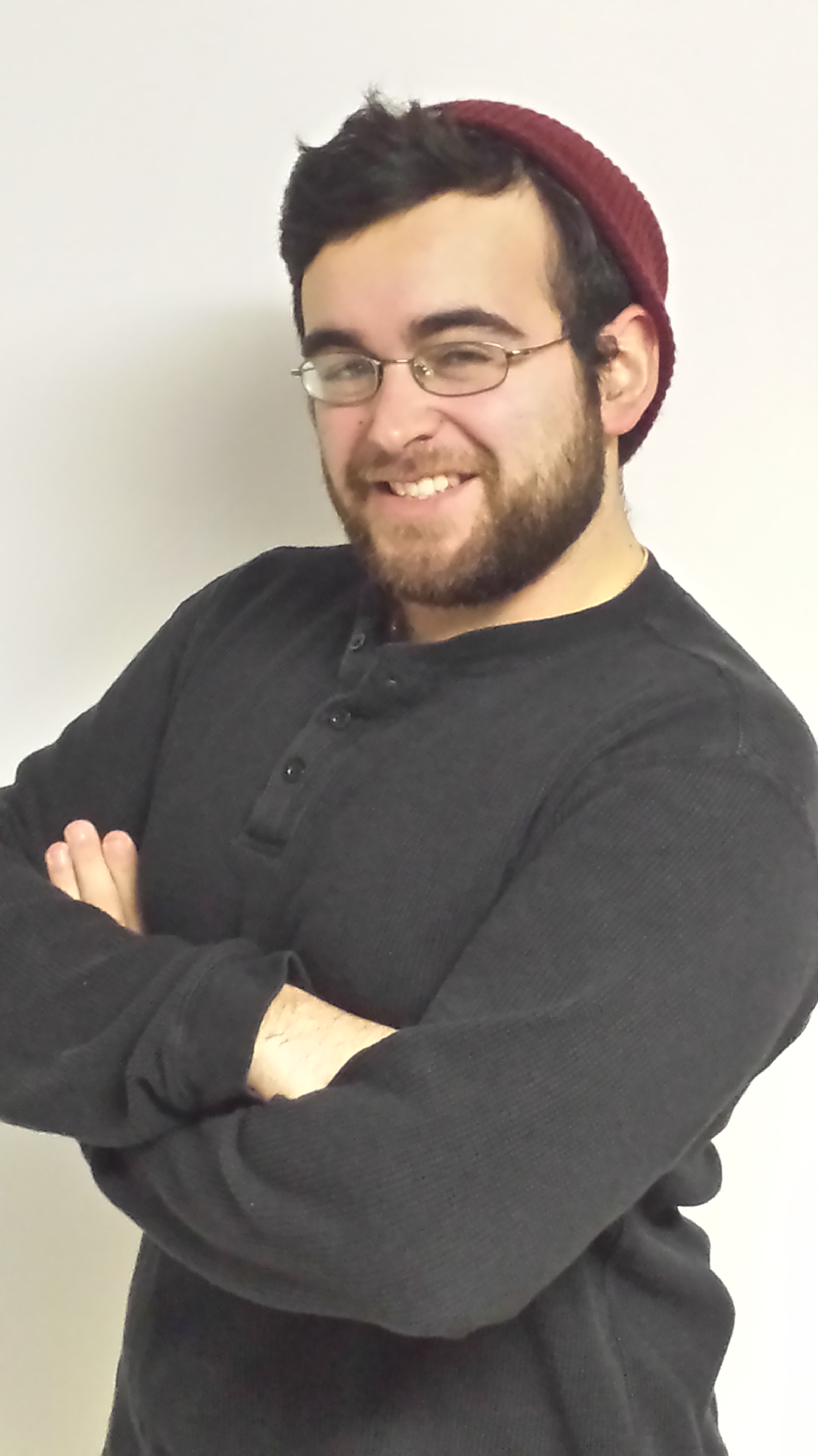 During his years in high school Matt threw shot-put for the Track & Field team and in his senior year he was given the rank of Field Captain. Now at Merrimack, Matt holds the Daytime Programming Chair position in the Merrimack Programming Board, is a committee member for Relay for Life, he is the Secretary for the Poker Society, was a member of the Orientation Staff for the Class of 2017, plays on the Ultimate Frisbee team, and if you have ever been to the on-campus apartments you may have seen him while wandering about because he is also a Resident Advisor. When asked why he chose Merrimack over other colleges, Matt replied, “I really like that the classes are small so there is more interaction with the teachers and since we are such a small school you could walk around and see friends. As much as I enjoy building new relationships I also enjoy having a ‘tight-knit family’ group of friends.”

You may be wondering why someone decided to get so involved in on-campus organizations. When asked about it Matt stated, “I do it because I enjoy meeting new people, I like to see people enjoy the school as much as I do through the groups I’m involved in, and I like to make a difference. I feel through all the involvement, we come together and enhance our own experiences here.” Out of all the clubs and organizations he is a part of, Matt began his journey into student involvement during his freshman year when he signed up for Ultimate Frisbee. Matt mentioned, “Since I enjoy the ability to do new things and meet new people, I wanted to keep doing that so I decided to look into what other involvement groups were offered at the college and it was all uphill from there.” Matt personally believes that he is enhancing his student years to the best of his abilities and he will continue to do so until the day he graduates.

If Matt were to give advice to any student, Merrimack or otherwise, he would say to them, “No matter where you go, it may be weird at first to get involved mainly because you may not know those people you’re going to be with but if you stick with it, learn your group, make a difference, and further the involvement of yourself and the involvement of the group you will not only increase how great your college experience is but you might also brighten someone else’s day and cause them to do the same.” Be on the lookout for Matt around campus. If you don’t see him going from class to class, you can usually find him running Wacky Weekday events for MPB on Main Street, throwing around with the rest of his Frisbee team, or just hanging out and keeping the peace over in the apartments.