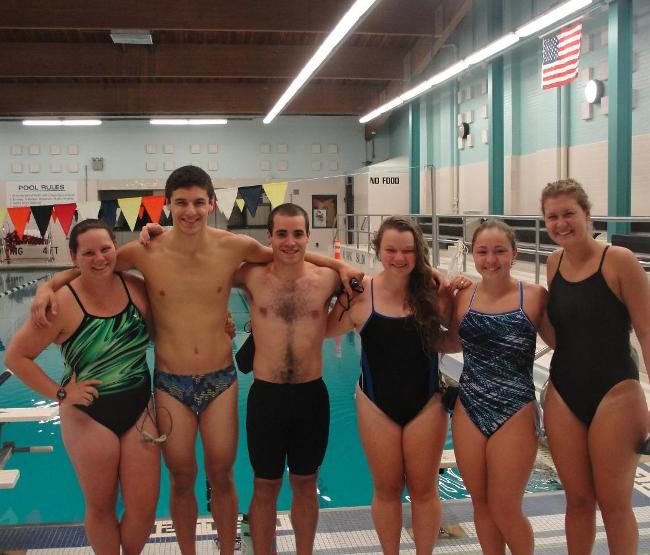 Merrimack College has officially organized a swim team on campus this year. Currently, there are only five people on the team – three girls and two boys. So far, they have already represented Merrimack in swim meets. Merrimack has already faced Southern Connecticut State and Saint Rose.

“Even though we don’t have any incredible results, we have three top five finishes,” says freshman Jennifer Belanger. “We practice from Monday to Saturday at 6am for two hours.”

Since Merrimack doesn’t have its own swimming facilities on campus yet, the team has to go to Greater Lawrence Technical High School to practice, which is about a 10 minute drive from campus. Merrimack also offers them a van for transportation.

Coach Michael Spring is a professional swimming coach outside of his work at Merrimack, which is on a volunteer basis.

Belanger was invited to join the swim team this year by coach Spring. The swim team is supposed to both a girl’s and boy’s team, but due to lack of interest the team is temporarily inactive.

“In the future, hopefully we can have 16-18 girls on the team,” Belanger said. “There’s no strict test to join the swim team. As long as you know how to swim [you can compete], but the more experienced the better it would be.”