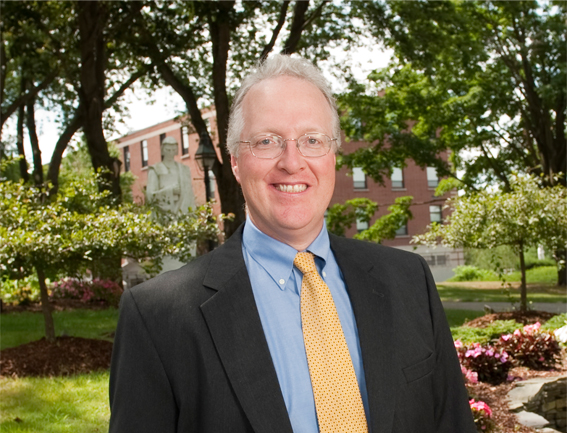 As part of President Hopey’s Agenda for Distinction, Merrimack Athletics is gearing up for a big move to Division I sports across the board, joining the men’s hockey program at the highest level of collegiate competition.

Since the agenda was unveiled, several rumors have been swirling about campus, specifically regarding the football team. The most common notion is that Merrimack’s football program will be cut instead of moving to Division I, and with good reason.

After all, President Hopey was a member of Northeastern University’s administration when their football program was cut in 2009. In addition, the rumor stated, Division I football required a state-of-the-art stadium with roughly 30 times the capacity of Lawler Arena, the highest volume attendance area on campus. With a lack of space and a campus surrounded by neighboring communities and state-protected wetlands, the concept of a football stadium seemed inconceivable.

Sounds legitimate, right? Here’s the explanation.
Northeastern’s football shutdown was voted on by the Board of Trustees, which Hopey was not a part of. Rather, he was Vice President and Dean of the College of Professional Studies.
Beyond that, Hopey says the NCAA has no requirements for a stadium, though he hopes to add one anyway.
“No, there is no requirement,” Hopey told the Beacon. “But we still need a stadium. Do you know why? For you. For the students. A stadium would be an integral part of commencement ceremonies and could only improve the special day in our graduating students’ memories.”