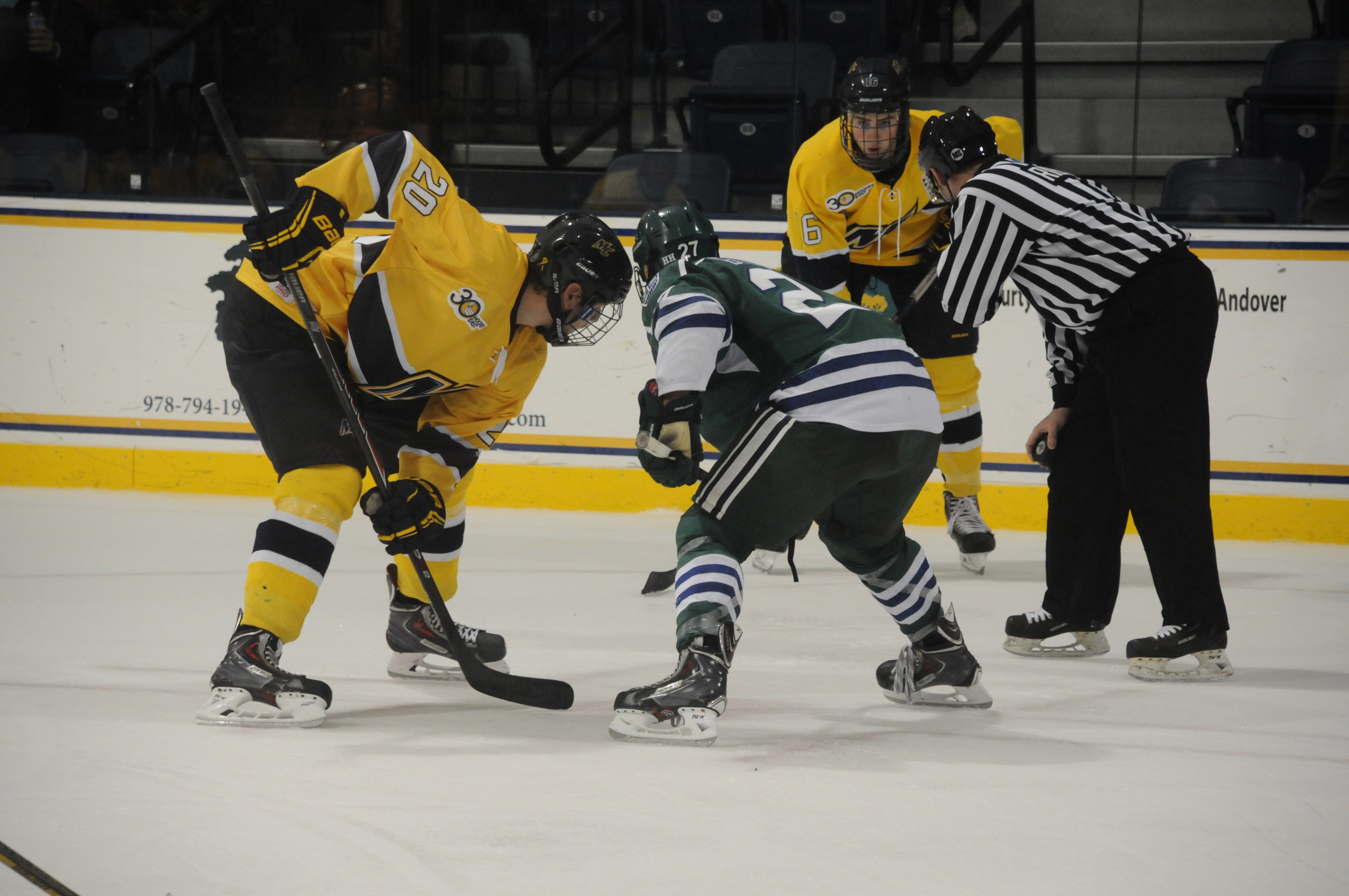 Welcome to the inaugural Merrimack hockey preview. In an effort to attract a broader audience and increase our online presence for Merrimack fans, families and alums, I’m attempting to implement some new online-exclusive content for The Beacon. While the entire plan hasn’t been mapped out exhaustively yet, I’m starting with weekly hockey previews including an exclusive sit down interview with coach Mark Dennehy.

In this week’s edition, Dennehy talks about how winning changes the entire culture and preparation during the week, who fans can expect to see in net going forward, and his respect for the players from West Point the Warriors face this weekend.

“News Flash: The guys from West Point are in really good shape. They’re relentless. And the last thing I say to our guys is ‘this is the easiest part of their [Army’s] week. They’re looking forward to this with every ounce of their being compared to their day-to-day lives which are really more difficult that what we’re going through…It’s going to be tough to outwork West Point.”

Check out the full interview below:

You may also like
Bushido: The Way of the Warrior (Podcast)
Women's Hockey Program To Begin Play in 2015, Immediately Jump to Division I Hockey East
2013-2014 Merrimack Hockey Preview
Stephane DaCosta Getting Ice Time from Senators
About Post Author