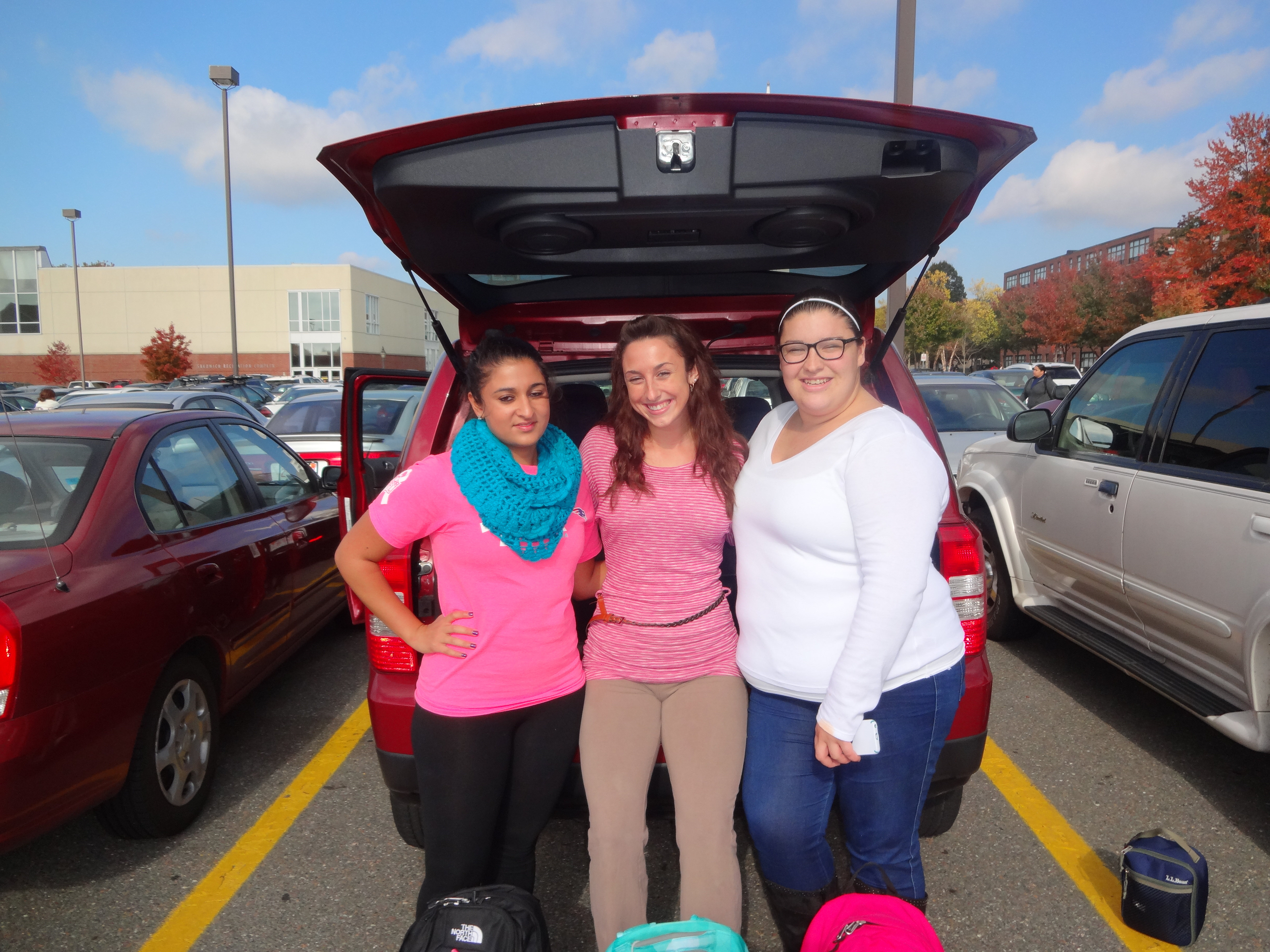 tudent body is made up of commuter students. They choose to be commuters for a variety of reasons, including cost of living on campus, preference to live at home with family, or in an off-campus apartment with friends, and health concerns.

Many commuters are engaged with on-campus events and activities, and other aspects of student life, but there are also a great number of commuter students who simply drive to campus to attend class and then get back in their car to head home.

“I think that I made myself a part of the community, Merrimack doesn’t really do a lot for their commuter population in terms of making them feel comfortable,” says commuter Samantha Bruno ’14.

According to many members of the commuter student population it is the job of the growing Merrimack College community, to make commuters feel just as home as they would feel at their own home, wherever their home may be. John Garland, coordinator of the National Clearinghouse for Commuter Programs, explains that to commuter students, “home and campus are not synonyms.”

One of the most beneficial aspects of college is the opportunity to live away from home and to spend mornings, weeknights and weekends with your classmates. Kim Martin ’15 addresses the hardest part about commuting: “I’m not on campus other than when I have class, so I feel like I miss a lot of the activities that go on and do not know as many people as someone who lives on campus.”

Some commuters feel as though they are getting the full Merrimack experience, including Thomas Shanahan ’15. “I know a lot of commuters don’t feel like they are part of this community, but that’s because most don’t stay around and rather leave right after class,” explains Shanahan. “If they do stick around and go meet people I assure you they will feel like they are part of this Merrimack community.”

Casey Duggan ’15 was once a residential student and now lives off campus in an apartment with her boyfriend, “Now I have a separate kitchen with a dining room table, my own living room with a couch and TV, as well as a bedroom with a huge bed and TV along with my own bathroom!” Commuters notice and point out the advantages of being a commuter student.

There is no single area dedicated to commuters on campus, which would serve as an area for students to keep their belongings or to just spend time between classes. Many colleges in the Massachusetts area have a commuter lounge including Mount Holyoke College, Wheelock College, Regis College, and Simmons College. Due to renovations and current location changes of offices and departments, commuters can utilize a locker free of charge located in the fitness center on the second floor of the Sakowich center.