Senior Kevin Sullivan’s semester abroad was cut short after a bar fight caused him to lose vision in one eye.

Kevin Sullivan is a senior at Merrimack from Burlington, Mass. He goes by “Sully” for short and is known to his peers to be a laid-back easy going guy. Kevin is working toward a degree in business and is specifically focusing on accounting. Studying abroad is something he has always wanted to do but didn’t think his rigorous class schedule would ever allow room for him to leave campus for a semester to travel and explore another country.

When the end of Kevin’s junior year came and his hard work had paid off, he realized he only had one year of college left and he wanted to make the most of it. While it is uncommon to go abroad your senior year, Kevin knew it was his last opportunity and began looking into abroad programs for fall semester 2013. He decided he wanted to travel to Australia since it was extremely far away from any other place in the world he found that interesting and wondered what life was like there. “Not many people get the chance to travel there, so I saw it as the chance of a lifetime.” 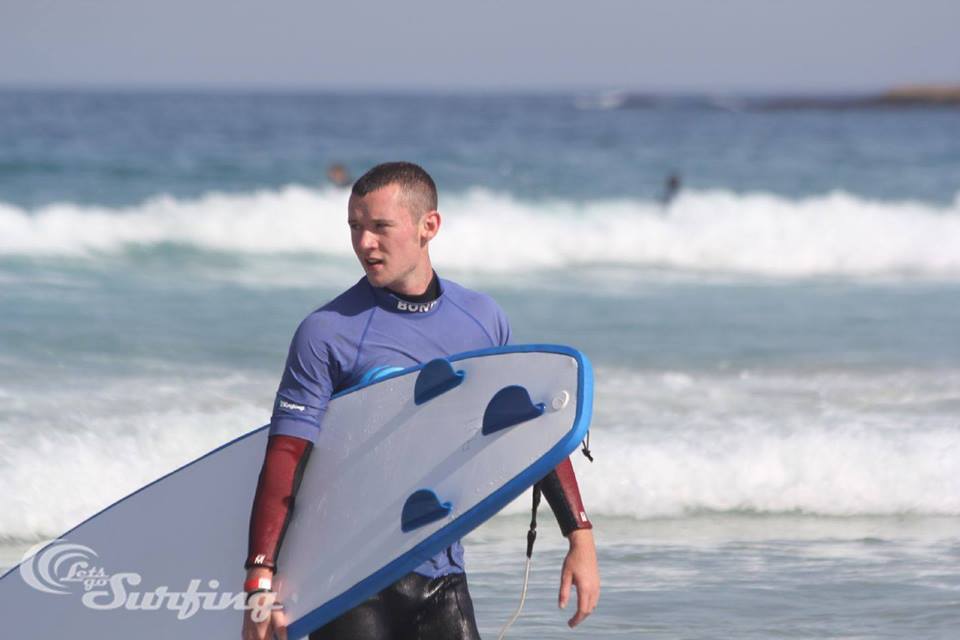 Plans were finalized and at the end of the summer Kevin began his journey by boarding a plane and flying 25 hours to reach his new home for the next four months. He took classes at Swinburne University in Melbourne, Australia and spent his free time traveling. Two months into his time abroad the students were given a short recess from classes for their spring break. Kevin and five of his friends made plans to visit Cairns and explore the Great Barrier Reef. In their time in Cairns, they took a boat tour along the ocean then went scuba diving through the Great Barrier Reef. With a short break they tried to fit as much in as possible and make the most out of their time off. They stayed at a local hostel that was right across from a bar where they would spend their nights socializing and meeting new people from all over. They fell into a routine of visiting this same bar each night after a day full of adventures, and on their third night they decided to switch things up; A decision Kevin wishes he never made.

The third night of spring break, Kevin and his friends started off in the same bar they had been to nights prior. Later that night they went to a night club close to where they were staying with a group of locals they had met on their stay in Cairns. The group Kevin was traveling with had all become very close, and the boys looked after the girls as if they were their own sisters. According to Kevin, that night one of the girls who he was traveling with was being harassed by a local at the club and felt uncomfortable and looked to Kevin for help. Kevin’s protective instincts kicked in and he headed over to approach the man who was giving her trouble. The man saw him walking over and before Kevin could even say a word he was struck over the head with a glass bottle.

“It was so sudden that I had no idea what had happened for a few seconds until my hands were filled with blood and it was dripping all over the floor.” Kevin’s friends rushed to get help and found the bouncer of the club and called for help. Kevin sat waiting for the paramedics in shock believing he had just a few scratches around his eye from the shards of glass that the broken bottle produced.

Once he finally reached the hospital he was shocked to find that a significantly large piece of glass wedged completely through his left eye. “At this time I was told that it was unlikely I would ever see out of this eye again and there was a high chance that I would lose it completely. I was unable to be operated on for over 12 hours, so I sat there for that long with the piece of glass just in my eye ball.” After the 12 hours passed, the glass was removed through surgery, but this was only the first of many surgeries Kevin must have on his road to recovery.

In an odd form of luck, Kevin’s parents had already planned on visiting him and were to arrive in Australia that very next day. They pushed their week trip into a two week trip and stayed with Kevin as he traveled to the best eye doctors Australia had to offer. He stayed in two different hospitals the first for a week and the other for two days. All students who participate in Merrimack’s study abroad programs are automatically enrolled in an international insurance plan through HTH Worldwide. This insurance covers medical expenses as well as political and natural disaster evacuations.
After seeing an eye specialist in Australia, the Sullivan Family made a decision together that Kevin should return home to America to continue treatment on his left eye. Although his right eye received no damage from the glass there is a chance overtime he could lose vision to his right eye from the trauma. “The main scare is a disease that people who suffer trauma to the eye can get which causes blindness in the other eye, so my main concern is preventing that.” 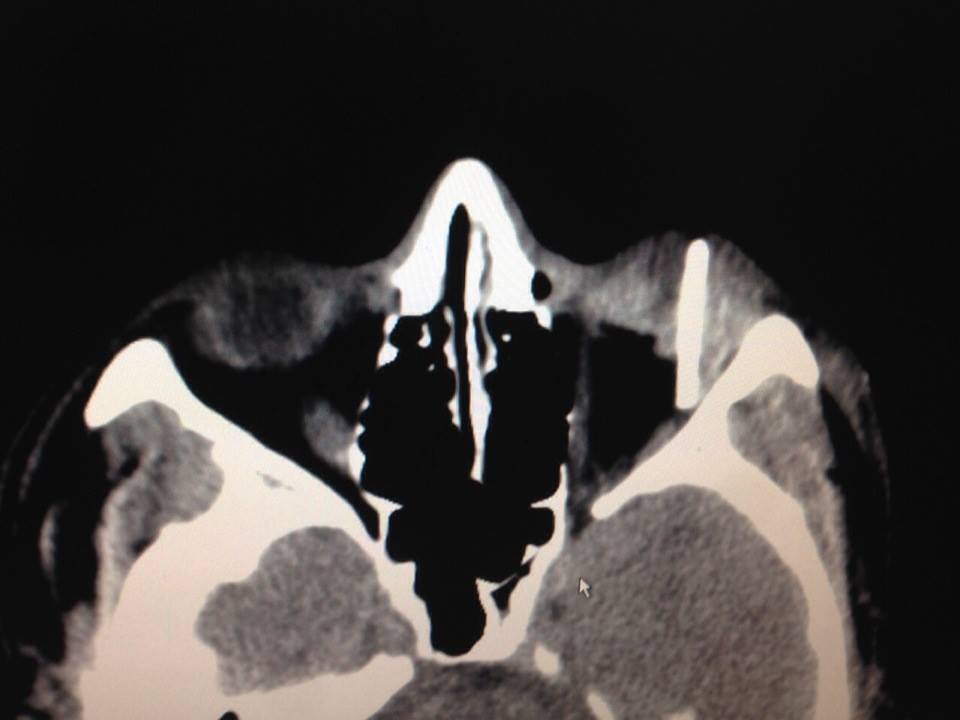 Since traveling home Kevin has had a third surgery on his left eye at the Massachusetts Eye and Ear Medical Center in Boston. “I’m waiting for my eye to heal but basically the last surgery made it so I can keep my eye for a lot longer”. This was not the last surgery he will have on his eye. Kevin expects in the upcoming months and even years this eye will undergo several more operations.

For now, Kevin has no vision out of his left eye. He can tell the when light changes and can detect some motion, however he expects that is as much as he will ever see out of this eye again. To protect both eyes Kevin was instructed by his doctors to wear glasses or sunglasses as much as possible.

“I’ve been able to stay strong and confident throughout this whole thing and it has just made me appreciate life and the people around me who really care. If I lose it there is nothing I can do about it, but I’m still hoping for the best.”

Kevin’s plans to finish the classes he began at Swinburne University from his home. His professors have worked with him in his tough situation; they have given him alternate assignments and extended the deadlines of his work. Kevin plans to return to Merrimack for the spring semester and continue working toward his degree in business. As for the man that did this to him, the last Kevin heard he was in jail awaiting his trial.