Recently, Coca-Cola joined forces with engineering firm Deka R&D in an attempt to transform 2,000 shipping containers into water purifying stations. Dubbing the container the Ekocenter. They hope to provide isolated and developing communities with the Ekocenter to produce safe drinking water.

The first prototype is currently being tested in Heidelberg, South Africa. It is 20 feet long, and has solar panels on the roof; in addition to the clean water system. The Slingshot [made by Deka R&D], uses vapor compression distillation to produce clean drinking water. The device delivers 850 liters of safe drinking water per day, using less electricity than a hair dryer (1 KWh).

Coca-Cola plans to also offer [an addition to Ekocenter] solar power charging services, internet access, and refrigerated storage for medications and vaccines. The Ekocenters plan to be distributed throughout Africa, Asia, Latin America, and North America. By 2015, it is estimated that at least 500 million liters of clean water from the Ekocenters will be produced per year. And, Coca-Cola states that they will hire maintenance for the facilities and make sure that each center meets international health standards. 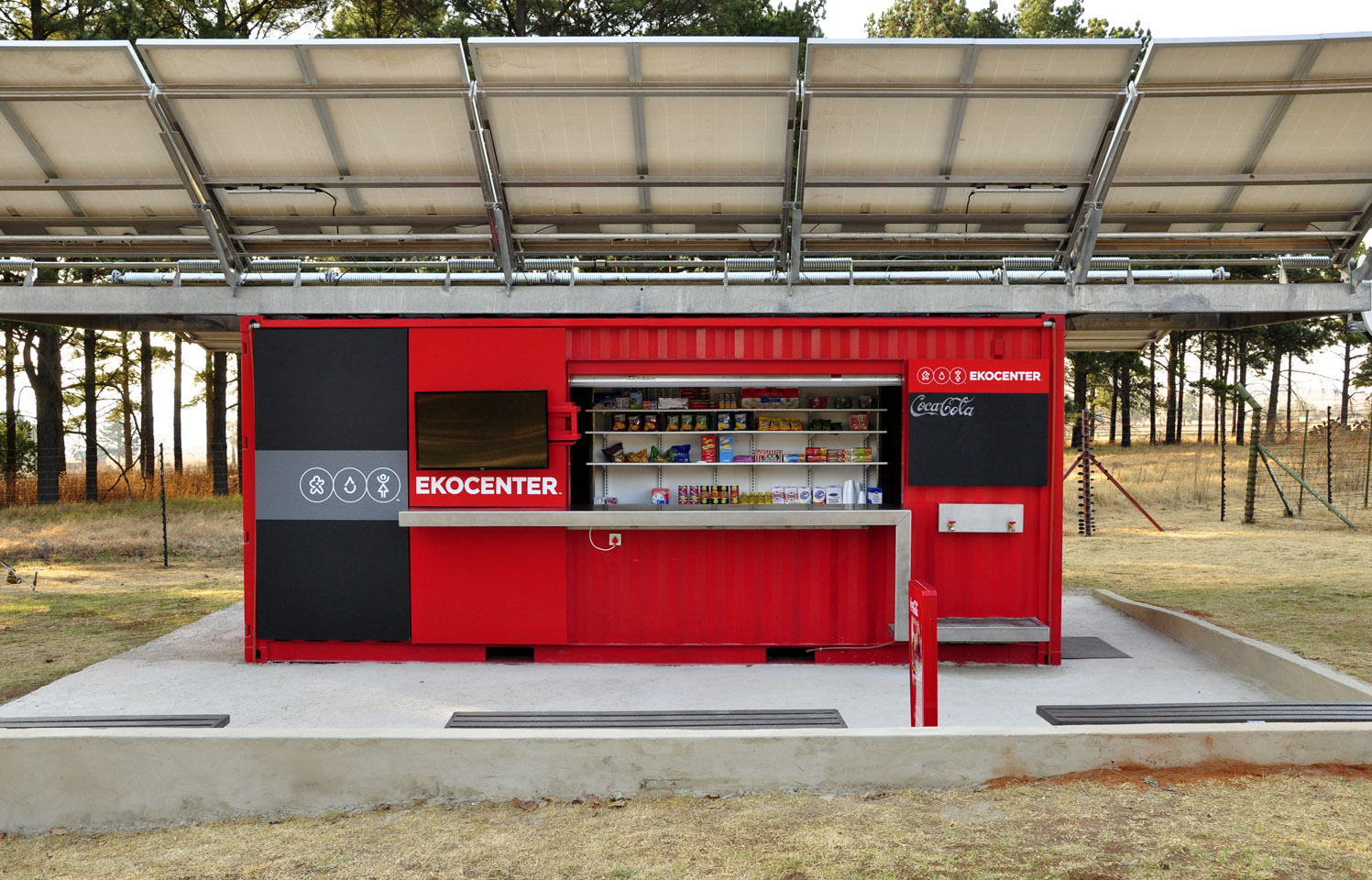