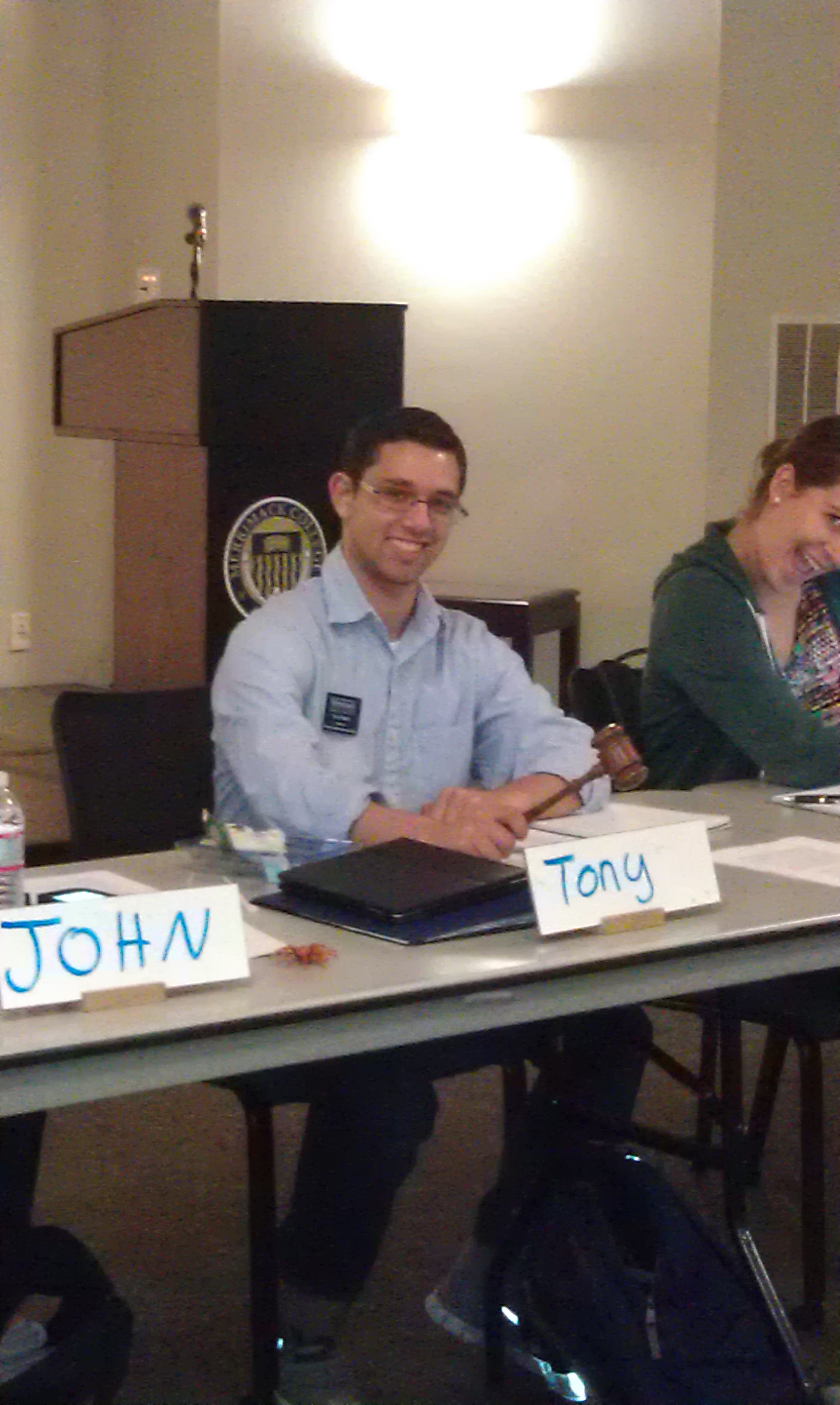 When you see him walking around campus, you won’t hear “Hail to the Chief” playing although he is the President of SGA. This former winner of the “Unsung Hero” award is a humble student of many accomplishments and many more to come. Anthony Brunco, more popularly known as Tony Brunco is a senior majoring in History with a minor in Spanish and a minor in Pre-law.

Born and raised in Saugus, Massachusetts Brunco is the oldest of three with younger brother Joe in his first year at Stonehill College and his younger sister Jennifer a sophomore in high school. Brunco attended Malden Catholic High School where he ran twelve seasons of track and was inspired to apply to Merrimack College. The tight-knit community that Merrimack offers was an obvious choice for Brunco, but it also came with other perks, “I went from MC [Malden Catholic] to MC [Merrimack College], and since we were also blue and gold I didn’t even have to get rid of my high school sweatshirts!”

So how did his college career lead to being SGA President? Brunco was approached at the Student Involvement Fair his freshman year and was convinced to join SGA on the principles of public service and commitment to his school. After retiring his competitive track career his sophomore year, Brunco became more involved in the organization and in the spring of 2012 ran for the position of President. Although he did not win that election, Brunco was not discouraged. “I lost that election, and it was the best thing that could have happened to me.  I was elected Vice-President instead, and I got some much needed experience in interpersonal communications and in organizing my members.” That following year he ran for President again and won the election. This is now the second year in a row that the SGA President is not only a Malden Catholic graduate who is a history major, but is also named Anthony (former President Anthony Andreucci).

Besides being President, Brunco also is a member of Live 2 Give (Relay For Life Planning Committee), the Augie’s Advisory Committee and has worked at the McQuade Library since his freshmen year. The McQuade is his favorite place on campus which makes sense since he is an avid reader. He has read every Harry Potter book several times, his favorite being the sixth book, “Harry Potter and the Half-Blood Prince”. If he isn’t enjoying a good book, you can probably find him running. This lifelong runner was born to run, competitively running since 7th grade and even works at Granite State Running Camps as a counselor during the summers.

Brunco is a man of the people, for the people. He is always welcoming students to speak to him about ideas, problems or just casual conversation. President Brunco loves Merrimack and is a proud member of the strong and special community Merrimack provides for everyone. “Every day I see students, faculty, and staff alike working their tails off to make our school a better place.  It doesn’t matter whether you’re overly involved, an athlete, a work study student, or more focused on your schoolwork.  Everyone who has ever been a part of life on campus has one thing in common: we are all Merrimack College Warriors.”