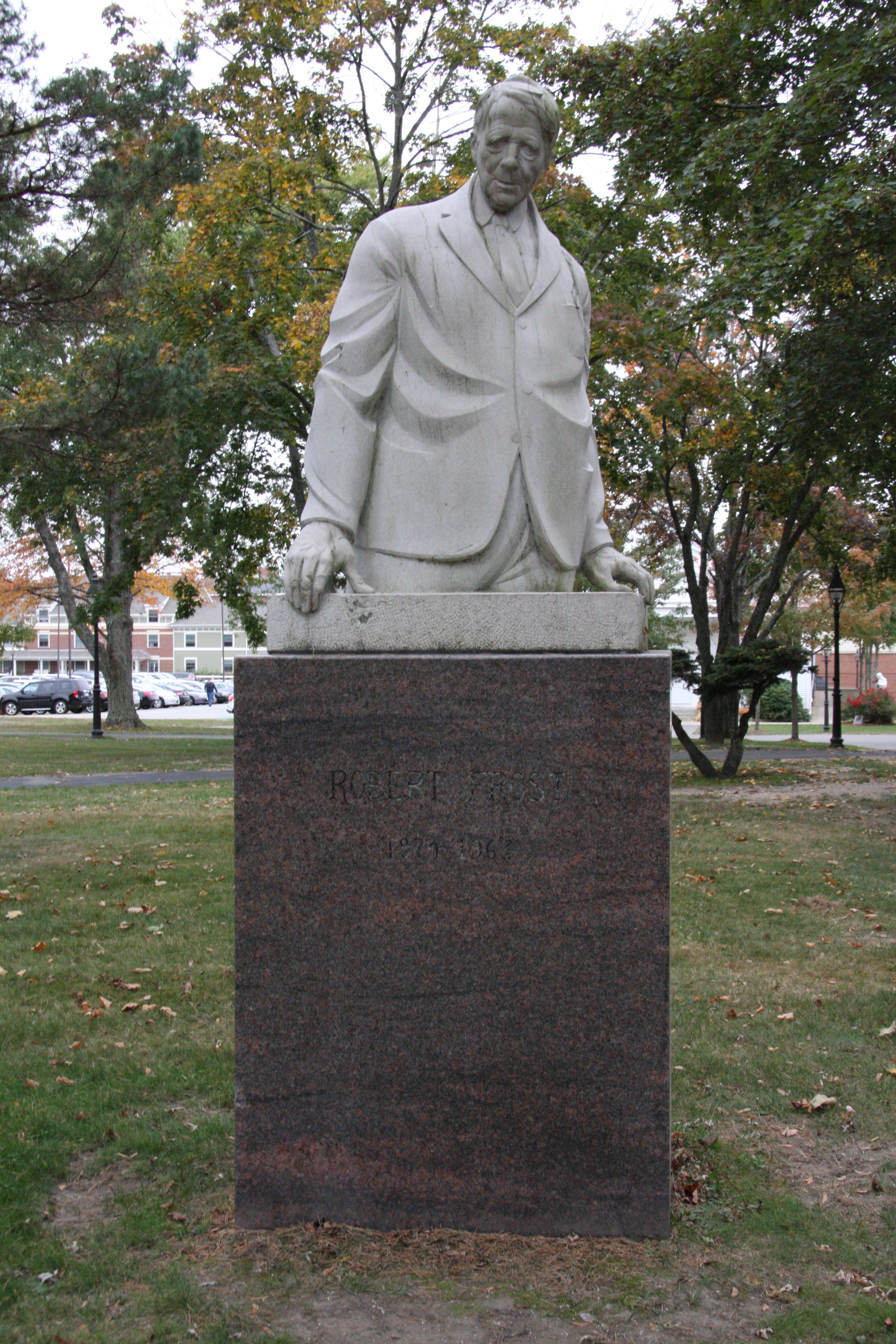 One of the named humanoid statues at Merrimack is Robert Frost. The statue is located on the left side of the fountain between the McQuade Library and O’Reilly Hall. Frost is face forward, with a smile plastered on his face wearing a suit. Frost looks decorous and kindly in his statue. This simple statue that Robert Frost stands at the top of has engraved, “Robert Frost, 1874-1963,” on the bottom of the stone.

“In 1989, the statue of Robert Frost was unveiled on Merrimack’s campus in its current location. The statue was created by Jose Buscaglia and donated to the college by Mr.& Mrs. Richard McCoy,” says Marie DeMarco, a professor in the English Department. According to Robert Frost’s Wikipedia page, Frost was born in San Francisco, California, and he is one of the most popular and critically respected American poets of the twentieth century. On May 5th, 1885, Roberts’s family moved across the country from San Francisco to Lawrence, Massachusetts and was educated there. He spent a lot of time in Lawrence and New Hampshire–he preferred to stay in a rural area. He had attended a few different schools in New England, such as Lawrence High School, Dartmouth University, and Harvard University. He had visited Merrimack College later in life. A number of his works used rural life to examine complex social and philosophical themes and many pieces were honored with different awards.

There are two more statues on Merrimack’s Campus. One statue is a Jesus image statue which is located in a path next to the church, and the other one is a woman holding a book image without a specific name for the person that located in front of the Austin Hall. In the front of the woman that holds the book statue, it’s engraved, “Augustine the Learner: To understand all these things, we do not consult the speaker who gives outward expression. Rather, we consult the truth that governs the mind. Perhaps the speaker’s words reminded us to consult it. The one who is consulted is the one who teaches. He is Christ, who is said to dwell in the inner person. He is the unchangeable power of God and eternal wisdom (Eph 3:16-17)”. These last two statues on campus represent the Catholic tradition of Merrimack. Next time you’ve got time in between classes, make sure to check out the cool statues with interesting stories that tie into Merrimack’s mission: enlighten minds, engage hearts, and empower lives.