Merrimack Dances With The Stars 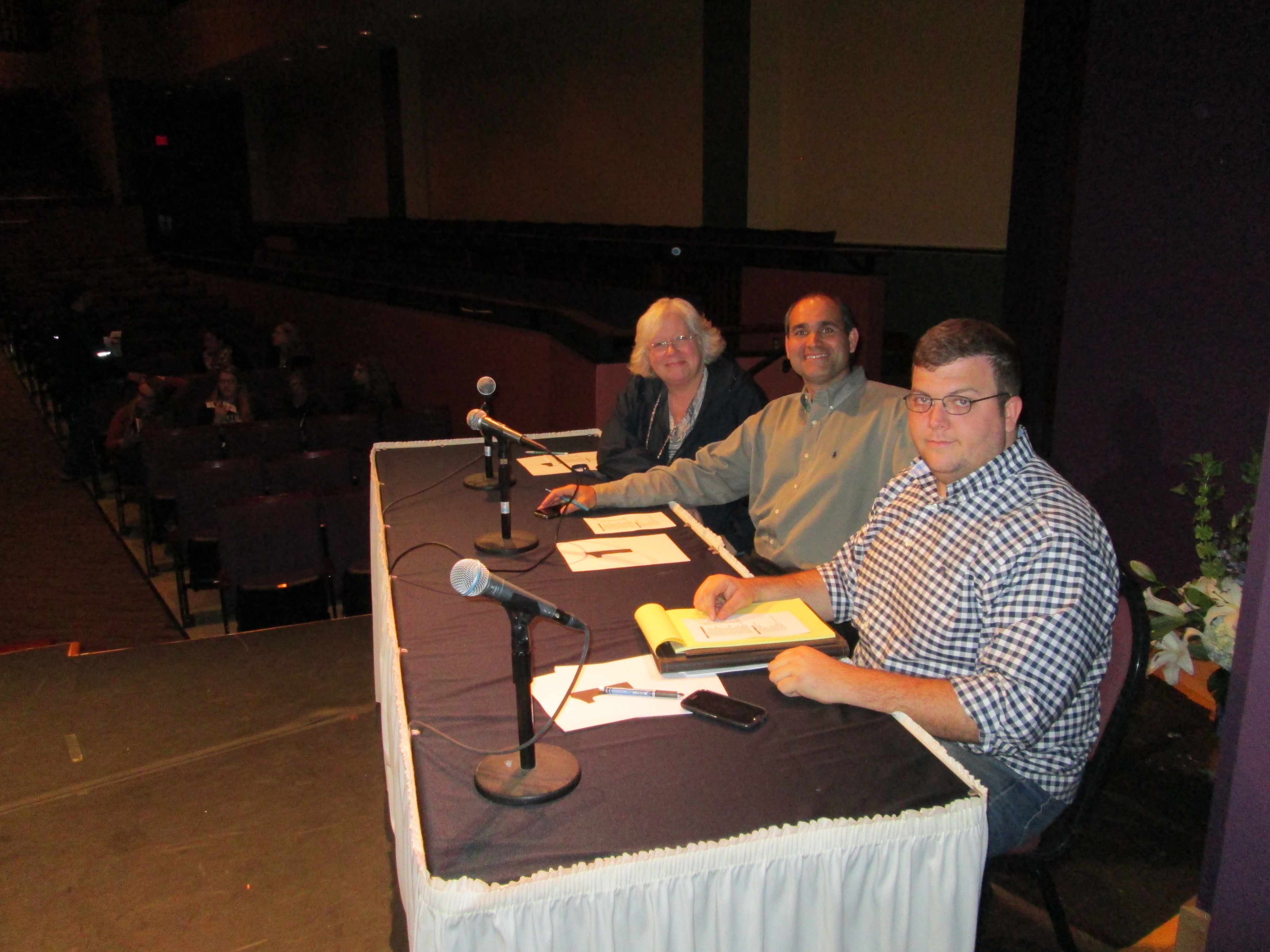 The Merrimack College Dance Team hosted their fifth annual ‘Dancing with the Stars’ competition this Tuesday, October 22nd. Priests and Orientation leaders alike came together to pirouette, tango, and disco their way to the top. The “stars” of the show were hand selected and partnered with members of the M.C. Dance Team to perform a short dance routine. Each dancing duo was offered verbal feedback (both positive and negative) and a numerical score from honored judges, Bev Lavalee, Kevin Welch, and Domenic DiVincenzo.

Merrimack senior, Schuyler Watkins, served as host of the competition offering comedic introductions that proved to be concurrent with the dancing acts. The consistent laughter from the crowd showed the competition to be equally humorous as it was entertaining. “This is going to turn into Dancing With the Scars” were the first words out of faculty member, Kevin Salemme’s mouth before the start of the show where he performed a riveting jazz number to Lady Gaga’s “Bad Romance”. The audience waited in high anticipation for other members of the faculty and staff such as Father Raymond Dlugos. Father “Ray” and his partner, Kelsey scored rather low by the judges in comparison for the night, but offered a great ballet rendition for the paying customers.

The most exciting aspect of the competition came towards the end of the evening. The three “stars” that had the highest numerical score were put to a free-for-all dance battle to determine the winner. After their successful performances guided by the ladies of the M.C. dance team, they were forced to perform on their own. Students Tyler McCarthy, Chris Mason, and our own Mr. Merrimack, John Pellerin, were given the opportunity to showcase their promising dance moves in hopes of being deemed the winner. All three participants back-flipped, break-danced, and cartwheeled on stage to Shakira’s “Hips Don’t Lie”. 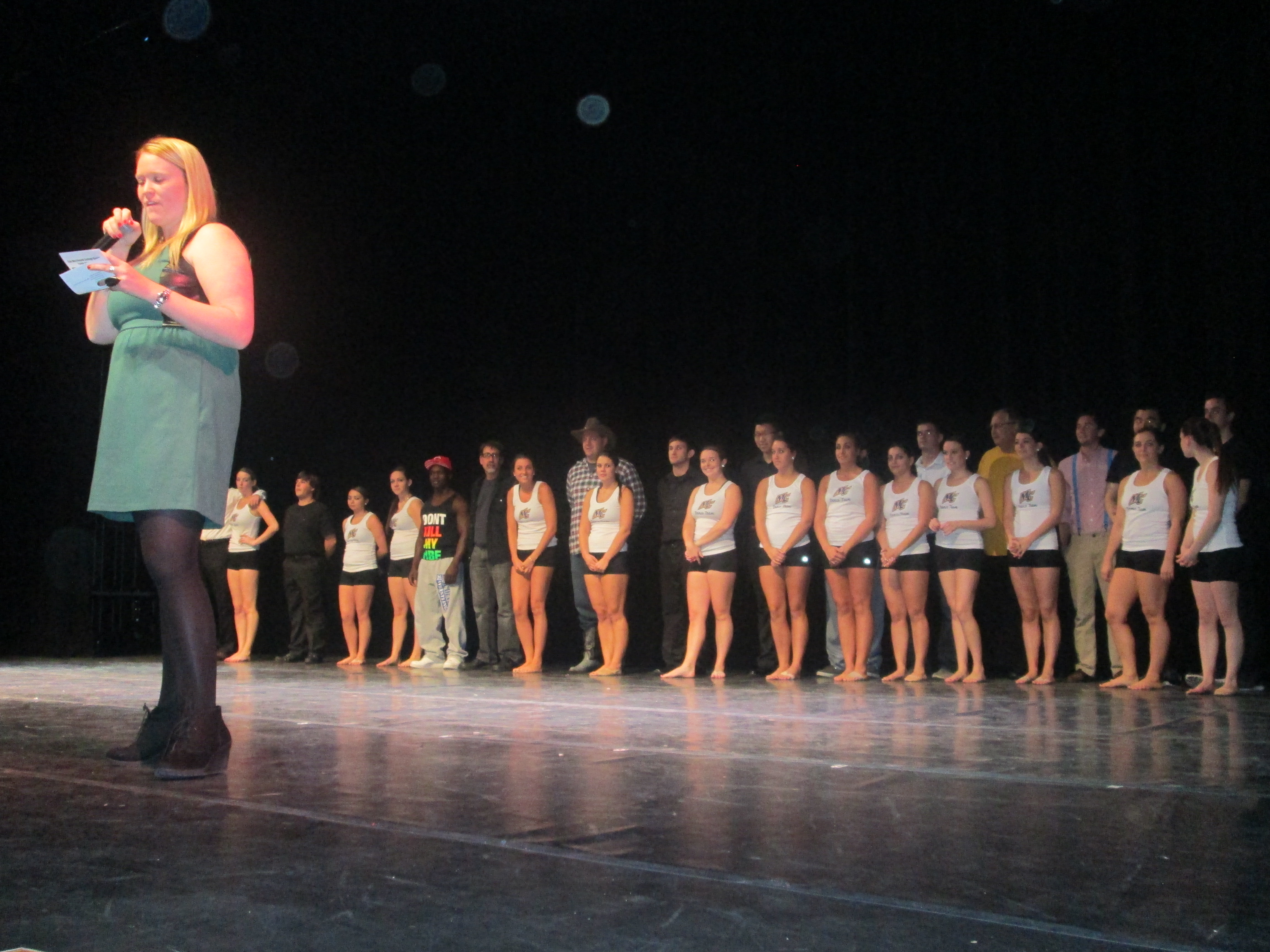 The audience was encouraged to choose the winner by applauding whom they thought so deserved. Sophomore, Chris Mason gained the most praise and in turn earned the 2013 Dancing With the Stars title. Chris Mason shared his winnings with his dance partner and M.C. Dance team member, Casey Mucci who said she “owes it all to her partner, he really knows how to shake it and shimmy”.

Dance team captain, Megan Folino was pleased with the turnout for Merrimack’s Dancing with the Stars. “Everything went smoothly and we appreciate all the support from the students and faculty of Merrimack. This is always such a fun event” said Folino. She and her partner Timothy O’Leary danced to “You’re the one that I want” from the motion picture, Grease. Though, O’Leary suggested “Wrecking ball” by Miley Cyrus would be a more appropriate song, because I’m going to come in like one (a wrecking ball).”

The event proved to be a success for not only the dance team, but also all who attended. The five-dollar admission paid at the door was worth the return the audience received from the performers on stage. The Merrimack Dance team will put all proceeds towards their trip to Nationals in Daytona Beach, Florida this spring.