Lady Runners on the Rise 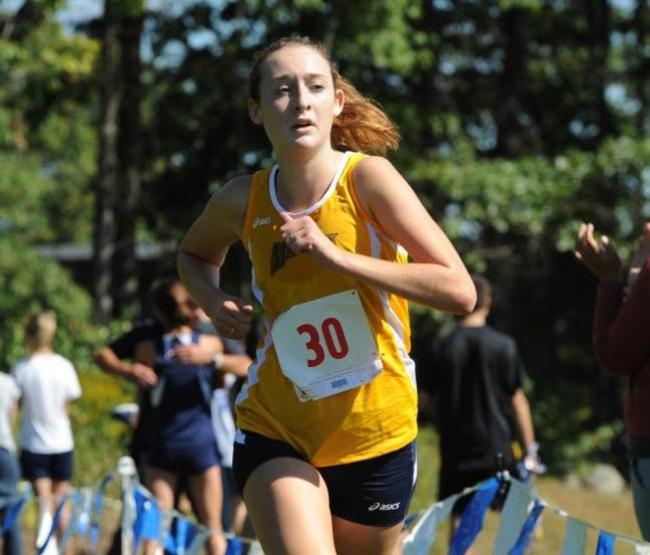 If you haven’t paid much attention to Merrimack’s Women’s cross country, it is time to tune in. The team checks in ranked No. 2 in the East region, and ranked No. 31 in the country.

The women’s team has been generating wins and strong finished early and often this season. Coach Christopher Cameron had this to say about how the team has been able to continually find success.

“The women’s cross country team has had great success so far this season. Our team victory back in September on a very tough course at the Bruce Kirsh Cross Country Invitational held at Franklin Pierce University helped propel us to a No. 31 national ranking and a No. 2 ranking in the East region.  The women have worked hard since preseason and it definitely shows.  I’ve told the team that we want hungry runners, not complacent ones, so hopefully we’ll continue with this in mind and build on our early success.  Three teams will go to the National Championships this year from our region and the women know that if we are going to be one of them, we’ll need to have an extremely tight pack for our 1-7 [first through seventh place-finishing] runners.  We have been practicing with this in mind and I’m eager to see how we respond to the challenge in the upcoming championship races.”

Senior Fiona Coleman likes what she’s seen from her team through the first six weeks.

“We’ve had a strong and optimistic start to our season. During every race and workout, we’ve ran an incredibly tight pack and our team vibe has been so motivating. I’m beyond excited to see what we can do in our big races to come!”