Volleyball Digs out of Hole 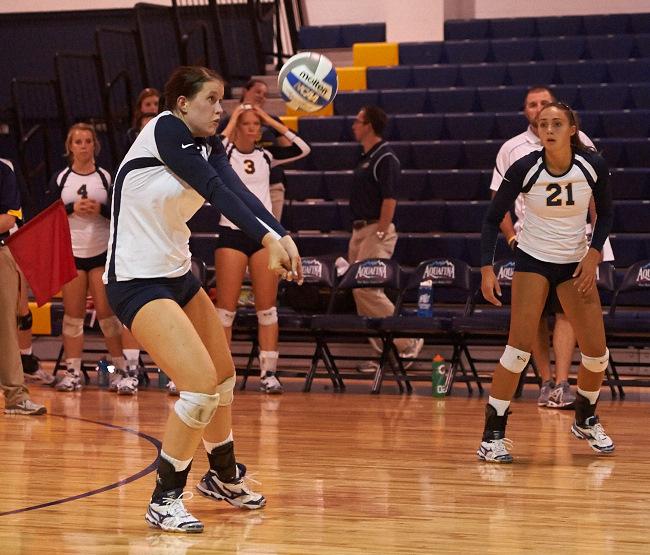 Stephanie Sheehan, NE-10 Player of the Week, returns an attack

In search of their first winning season since 2010, Merrimack volleyball got off to a rough start. Taking part in the Hilltopper-Rattler Classic in Austin, Texas, the Warriors went 0-4 against a talented field of national competition. Their road woes continued as they dropped three matches against rival Bentley in Waltham, and then went 1-1 in two more road contests against Molloy and Nyack in a weekend series at Molloy College on Long Island, New York.

After their long 7-game absence, though, the Warriors opened their home slate with wins against St. Anselm (3-1) and Dowling (3-0), and followed with another win, this time in thrilling five set fashion on the road against Southern New Hampshire to improve to 4-7 overall on the season.

For their efforts, junior Stephanie Sheehan and freshman Tara Stuhr took home some hardware. Sheehan was named the Northeast-10 Conference Player of the Week after averaging 4.7 kills and 2.3 digs per set, including a 16-kill, 11-dig performance against Saint Anselm.

Stuhr took home two awards, being named the Conference’s Rookie of the Week, as well as the Setter of the Week after averaging 10.7 assists per set, including an eye-popping 39 assist game against St. Anselm.