Home > Sports > A Team in Transition

A Team in Transition 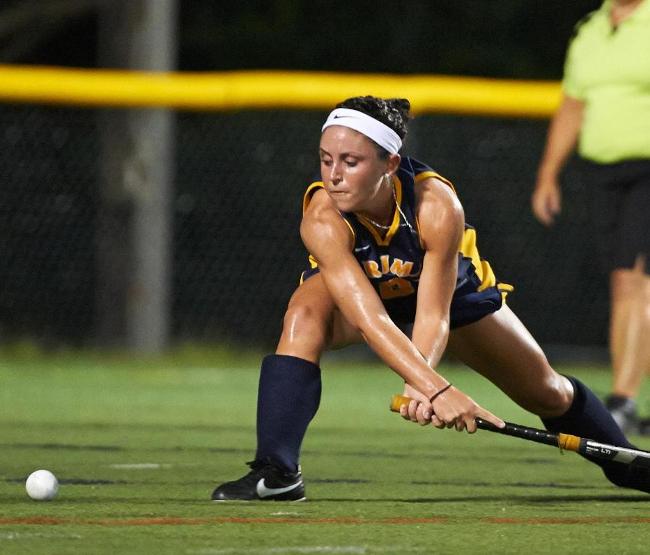 Jess Otis winds up for a shot

On a cold September night before a late practice, senior Candace Waldie stood with her three classmates – the only seniors on the team – and rubbed her hands together as if she were warming them at a fire. As she bounced in place, the anticipation nearly oozed out of her. Looking at her teammates next to her, their eyes told the same story as Waldie’s body language.

The ladies were gearing up for a second tilt with conference rival Adelphi that weekend, following a blowout 5-1 loss just two weeks before. For these seniors, losing isn’t an option following a historic 2012 fall campaign that included the program’s first ever NCAA tournament victory, followed by a trip to the Final Four.

Yet here they stood, six games into their season and a mediocre 3-3 record to show for it.

“We see Adelphi again this Saturday and I know we’re all just excited to play,” Jess Otis added with a smirk on her face.

The seniors were visibly disappointed with the results in the win-loss column to this point, but they also aren’t shy about where they intend on ending the season.

What is surprising is how well the new additions to the team have fit in. After graduating arguably the best class in school history, the team sports 14 underclassmen (seven freshmen and seven sophomores), while only returning seven juniors and seniors.

This is undoubtedly a transition year for the Warriors, but despite that label, they still expect to compete at a very high level. One of the biggest reasons for their confidence is how a certain change to the program has positively affected their output.

For the first time, the team is operating without captains. While naming captains have worked in the past, this year a lack of any has shifted the team dynamic.

“A lot of people are stepping up at this point,” said Waldie. “We don’t have captains, and that actually helped us. In preseason, there are people stepping up that aren’t normally stepping up. In previous years, it was kind of more focused on ‘ok, you’re a freshman, this is your role.’ Personally I don’t get that feeling any more, we’re all just a team. That kind of lifts a lot of weight off of our shoulders.”

That seems to be a plus, as the upperclassmen are relying on the younger players to step in and make an impact immediately, more so than in previous years.

“Everyone seemed to be on the same page right from the beginning and we knew our goals and what we needed to do to reach them,” Otis said.

Senior Lindsay Grover expanded, noting how quickly the freshman, and even the other younger girls, have fit in nicely to the puzzle.

“They really figured out what it was all about, and that helped the transition for them,” the midfielder noted.

The seniors know that this is a pivotal year for the future of the program, and don’t plan on taking a step back in the process of helping the team get there. As players who grew up in a successful, winning program, they intend to give the freshman just as much as they’ve received. In the process of teaching the ropes, they’ve found they are pushing themselves.

“We’ve been there,” Dunbar said. “We know what it takes to get there. By us going out there and working hard, them seeing our successes, and doing that every single day, they’re only going to learn from what we do so that they can get there too.”

After all, they don’t really have a choice. National Championship or bust.